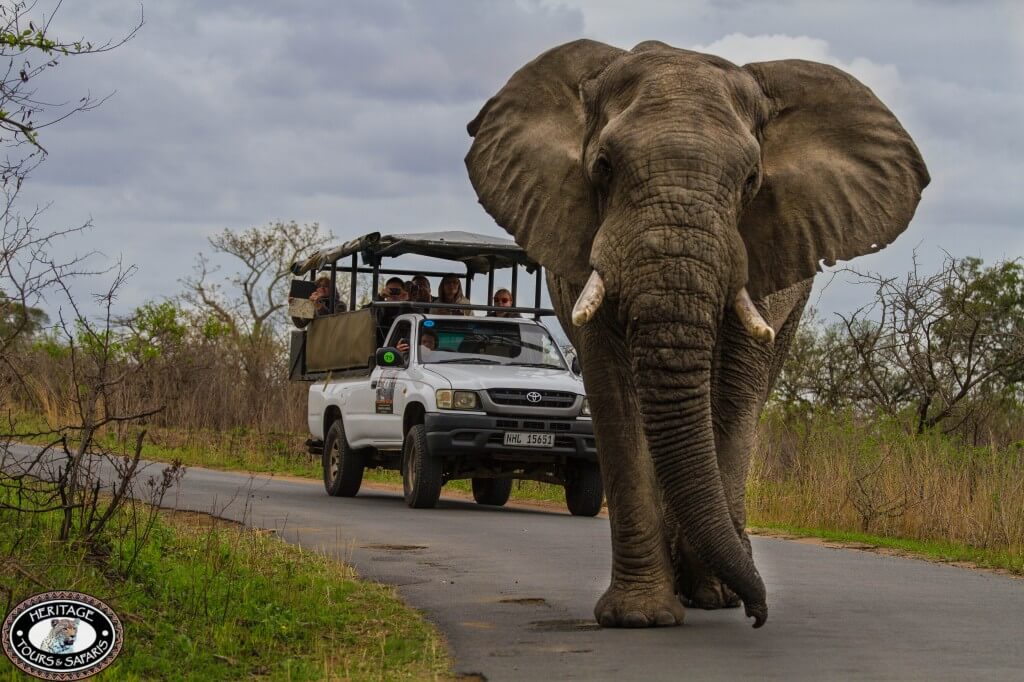 Hluhluwe Umfolozi Game Reserve is situated in KwaZulu Natal, South Africa in the north eastern side of the province.
Durban is only 2,5hrs away from Hluhluwe and RichardsBay only 54km away. Hluhluwe is easily accessible by the national N2 road. Driving from Durban is but only a pleasure as the highway is constantly upgraded and maintained. Please do take note that from Mtunzini plaza however there are not fences along some parts of the road and care must be taken while driving as cattle are in the area.
KwaZulu Natal is an incredible province of South Africa, home to the Zulu people, rolling hills and incredible history. KwaZulu Natal is also home to numerous game reserves both public and private.
Hluhluwe Game Reserve KwaZulu Natal is the oldest proclaimed game reserve in Africa; it is also here that conservational attempts in the early 60’s assisted in recovery the rhino from near extinction.
King Shaka once used the Umfolozi Game Reserve as his personal hunting grounds; one can till this day witness the hunting pits which were used in those early days. Take a trip to the centenary centre where one can view various displays on how the various techniques where developed and utilised in game capture, or take a trip through the holding bomas as various animals are held here being treated for various illnesses or being translocated.
Hluhluwe Umfolozi is 96000 hectares in size and this size is truly a manageable size for any trip be it a day safari, overnight safari or just a quick trip through the reserve. With numerous roads, both gravel and tar one can wonder for hours, rolling hills and incredible scenery makes this reserve incredible and truly a KwaZulu Natal icon.
Hluhluwe is situated in the northern section of the reserve while the Umfolozi is in the southern section the two have quite a different feel and wildlife sightings do vary from section to section. This is primarily due to the various landscape that can be experienced the northern is more dense with bush however also more hilly and this contributes to some incredible scenery.
While the Umfolozi in the southern section is more open and also larger one has a greater chance of seeing more wildlife. Open grasslands, water sources and more access roads make this side much more attractive.
Accessing Hluhluwe Game Reserve KwaZulu Natal from Durban
Take the north bound N2 and travel for aprox 2 hours, take the left off ramp R618 towards the Umfolozi Game Reserve this road is plus minus 28km. Once you cross a cattle grid you have entered the reserve, on your left after 3km turn left and you are officially at the Umfolozi Nyalazi gate.
Should you want to access the Memorial gate in the Hluhluwe side then continue on the N2 until you see a left turn indicating Hluhluwe Town and Hluhluwe Game Reserve, turn left and then left again continue for 11km and you have officially entered the Hluhluwe Memorial gate.

Summer opening times 5:00 am to 6:oo pm
Winter opening times 6:00 am to 5:00 pm
Please do take note that you will pay a penalty fee should you arrive late to depart from the gates. There are numerous hides, loop roads within the reserve, this may be confusing so it is advisable for you to purchase a map at the gates, not only do they offer all of the roads within the reserve but also some basic information, animals found within the reserve and more.
Should you be in KwaZulu Natal then you should definitely consider a trip to Hluhluwe Game Reserve, this reserve will leave a mark on you as one of the most incredible reserves in Africa.

Should you be interested in a Hluhluwe Umfolozi Game Reserve then please click Here, Heritage Tours & Safaris invites you to witness this magnificent reserve while in South Africa KwaZulu Natal