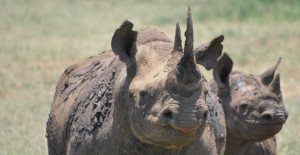 KwaZulu-Natal - Ezemvelo KZN Wildlife says the result of an internal probe into the recent killing of seven rhinos in the Hluhluwe-Imfolozi Park will be made public after it has been scrutinised by a group of “independent conservation experts”.

Ezemvelo chief executive Bandile Mkhize said he had nothing to hide about the preliminary field investigation into the poaching. “First impressions show a small breach in the chain of command at Hluhluwe-Imfolozi. Sadly, it only takes one or two people to be induced by these huge riches, or one area of neglect of supervision and ‘bang’ you suffer this dramatic consequence.”

However, Mkhize said calls for an independent investigation into the poaching of the rhinos were “ill-considered”.

“I flatly reject this mistrust, [it] ignores the professionalism in our ranks. It also shows an ignorance of the extreme sensitivity surrounding intelligence gathering.

“In this climate of mistrust and suspicion, who exactly qualifies to undertake such an investigation?” Mkhize asked.

He acknowledged criticism that Ezemvelo had suffered from a loss of experienced staff, but noted that it had formed a strategic support committee made up of former senior conservation officials.

But critics should also not “sugar-coat everything from yesteryear”, Mkhize said.

“There are many instances of past field operations performing beyond the scope of modern-day accountability by ex-military personnel… Yesterday’s practices spoke of people on one side and bio-diversity on the other.

“Our approach demands a sustained humanistic outreach, one that is fundamental for the acceptance of conservation among our rural people.”

He was dismayed to hear “opportunistic and largely unsubstantiated” criticism of Ezemvelo’s performance at a time when SA’s rhinos were under assault from criminal networks offering huge financial inducements to poachers. - The Mercury

Humans have hunted for over 400 000 years, poaching for financial gain or cultural reasons however still continues today. Ivory, bones, skins or meat

Poachers have once again struck and this time 6 Rhino's where poached, this continuous onslaught is having a detrimental impact. Todate 86 Rhino's have been poached in the province.

This while Heritage day was being celebrated in South Africa. Greed and the lack of pride of ones heritage would seem that poaching will not be stopped anytime soon. Both national and private reserves in South Africa are large and thus patrolling these vast areas makes it quite difficult to deter poachers.