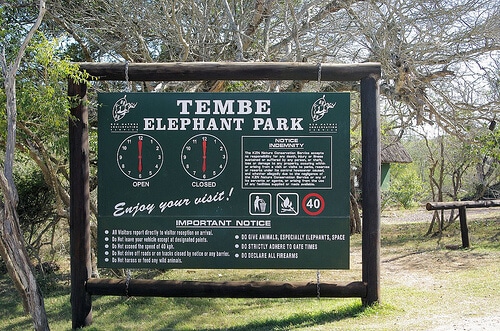 Tembe Elephant Park and Ndumo Game Reserve are the first reserve’s in KwaZulu Natal to inject a cocktail of poison into the resident Rhino’s, this decision was made by Ezemvelo KZN Wildlife as poaching has only shown signs of increase. Tembe Elephant Park and Ndumo Game Reserve are situated on the north eastern corners of KwaZulu Natal, the amount of poaching in the area has increased and therefore the decision was taken that radical steps would be needed. To date a total of 620 Rhino’s have been poached just this year so far, action is needed and with the new direction taken Ezemvelo hopes that this will curb the poaching.

The poison that is injected into the horn of the Rhino’s in the Tembe and Ndumo may be fatal however and should the Horn powder be digested this will make one severely ill. The poison will be dyed and easy evident at Airport Xray Machines as a added precaution. This pilot project will be used in all reserves across KwaZulul Natal.  Other strategies are also in place to further deter poaching within the province. To read the full story please click here

Further more 4 suspects have been arrested by the anit poaching unit at Tembe Elephant Park on the 11 September 2013, the suspects 3 South African’s and 1 Mozambican. Last year the total amount of poachers arrested where 33 and todate a total of 45 have been arrested for poaching in the area. Anti poaching units are in full swing at present. For further details click here