Babies are not just called Cub's, but also referred to as whelp's or Lionets

Females live together for life

They are the only big cat's with Mannes (Male)

Lion's can reach speeds of 81 km/h

Lion's can unbelievably live upto 12 years in the wild

They found that recent lion lineages began to diverge in the Late Pleistocene, and that the modern lion populations last shared a most recent common ancestor around 124,000 years ago. Read More

Lions are opportunist hunters, and, after a careful stalk, will take the closest animal regardless of its age, sex or condition: they do not test their potential prey for weaknesses, like other predators such as wild dogs do.

Lions are opportunistic hunters (same as Nile Crocodiles) after stalking they will take any animal that is the closest regardless of age, sex or physical condition. They will not test their prey for weaknesses such as Wild Dogs.

Female's do most of the hunting, usually several females will hunt together working as a team.

The African Lion is arguably amongst the top wanted animals on most safari goers’ wish lists to view in the wild. It’s bold, confident and one of the world’s most iconic cat species.  But what do we know about Lions and the cat family as a whole?

Despite most wild cats having a modest size today, all cat species derive from much larger sabre-tooth ancestors. Progressively declining in size is a major characteristic of the modern cat radiation, ranging from Lions of over 270 kg, to little Sand Cats of not more than 1 kg. All cats are built on a similar body plan with a long body, rounded head with large canine teeth. All have good bifocal vision, acute hearing and expressive faces. Found worldwide, cats are almost exclusively meat eaters at the top of their respective food chains. Their presence or absence is therefore a good indicator of the ecological health of an area. 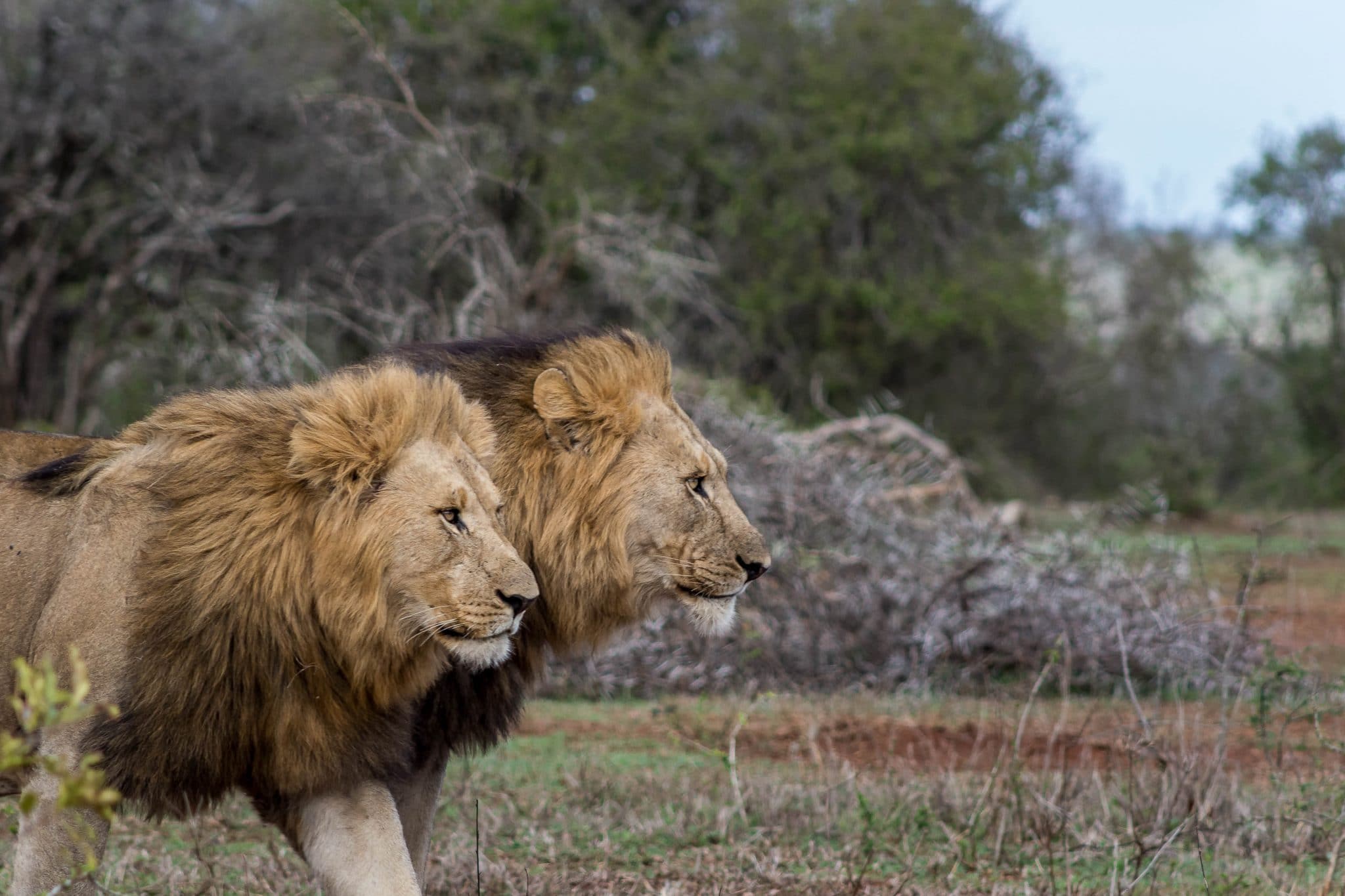 Lions are the largest of the African cat species, also known as a “Leeu”  in Afrikaans, ïBubhesi”in Zulu or “Lowe”in German. Lions range in color from nearly white to ochre-brown, but tawny yellow is the most common color. Their faces have subtle tints and markings around the eyes, mouth and ears that enhance facial expressions. Males develop thick, woolly manes that vary in color from brown to black. Leopard like rosettes is a characteristic of young cats but this tends to fade away with age. Both sexes roar, but males more loudly than females and on a still night it can carry for as far as 8 km. Roaring advertises presence, position and possibly status and identity.

Lions where once found all over Africa, but it is estimated that today they only occupy 9% of their original home range on this continent. Now they are only found in a patchy distribution in reserves and national parks with a continuing decline in numbers. Lions once extended through the Middle East to Arabia, Persia and India. They occupy most vegetation types except for extensive forests and the driest desert areas. 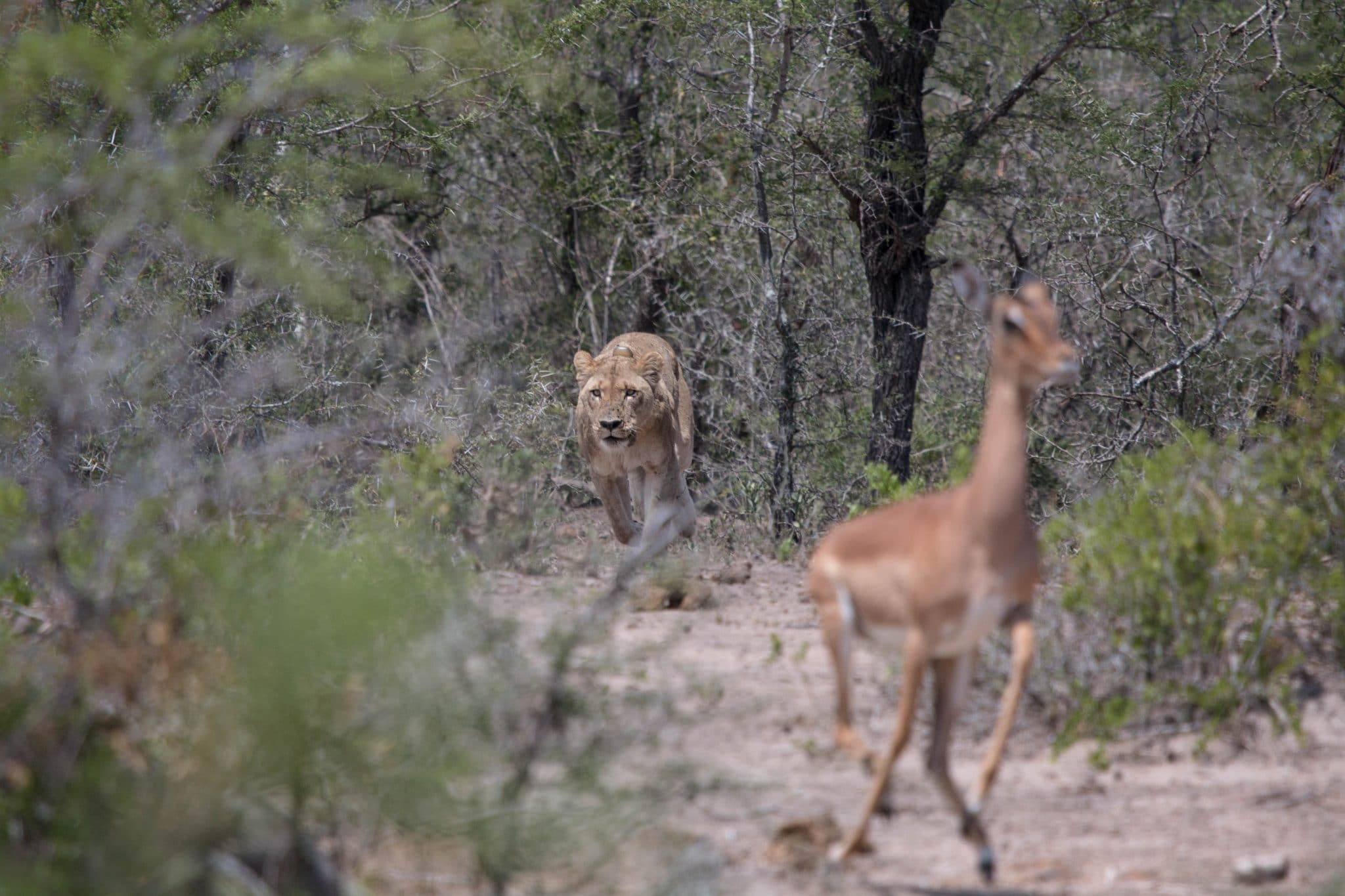 Lions feed on a variety of prey animals ranging from 50 to 1000 kg. Smaller animals are killed and eaten by individual animals and larger ones are killed and eaten by groups. Most prey is caught after a skilled stalk, taking advantage of various types of cover, and a fast run or charge. In Some areas larger proportion of prey is caught by females but males are very competent killers contrary to popular beliefs. Larger animals are usually strangled and smaller prey is bitten deeply in the head, neck or chest.

Lion social groups commonly called prides, typically contain between 2-20 individuals, mostly adult females with their offspring varying in ages, and between 1-6 adult males working as a coalition. Individuals or groups often spend time apart within their own territory but a kill, bouts of roaring or more subtle signals often reunite dispersed pride members. Reunions are usually marked by much rubbing, leaning, purring, licking or other signs of appeasement. Pride females form persistent bonds and involve vigorous allied defense of their territory against intruding females. Males form similar associations but their membership of a pride is more transitory and seldom lasts more than 3-4 years. Frequent challenges from nomadic groups ensure that Lions enjoy a short prime when aged between 5-10 years old and a very short life after that. Females are longer lived and more numerous and provide the continuity to a pride. Nomadic Lions tend to wander widely and provide the means of recolonizing empty territories.

It is common that females within the pride will enter oestrus simultaneously, resulting in a large number of similarly aged cubs. Females will suckle each other’s young but weaklings or stragglers are left to their own devices and thus the mortality among cubs is very high. Lion cub deaths also occur from newly arrived males taking over a pride.

Because females reject strangers with great ferocity, the mane, as an imposing ‘enlargement’ of a males head and shoulders probably serves to both impress and intimidate females of resident prides. It possibly also serves to protect the head and neck in violent interactions with competing males. A Lion in his prime at around 6 years old has an impressive and luxuriant mane that comes into prominence during the ‘strut’, an artificial tip-toeing gait directed at females and subordinate males, but intimidation is most effective when males gang up against others.

Because Lions could only evolve prides where there was space and the herds of large animals to support them, Lions are an appropriate symbol for conservation in Africa. Their presence is also an indicator of a self-sustaining community of large grazers. With wild herds of large grazers progressively being replaced with domesticated ones, Lions are being eliminated. This was achieved in North and South Africa 100 years ago. The tsetse fly belt, a vast area once closed off to livestock due to parasitic infection and subsequent deaths of livestock once acted as a refuge for wild game and Lions outside of national parks. New prophylaxes and extensive pesticide treatments of these regions to remove tsetse flies have now opened them up to livestock and thus has produced a rapid decline of Lions on an epic scale with an overall outcome that hardly be in doubt. Lions of the future will only see survival in large national parks and reserves.

Continual and monitoring and relocations of Lions within National parks to ensure a strong genetic diversity will become ever more important for future of South African Lions. Here in the parks and reserves in Zululand we have a healthy population of Lions that are currently being supplemented by Lions from afar to add to the health and diversity. Hluhluwe iMfolozi Park has recently seen the introduction of new males from the Kalahari region of the country. 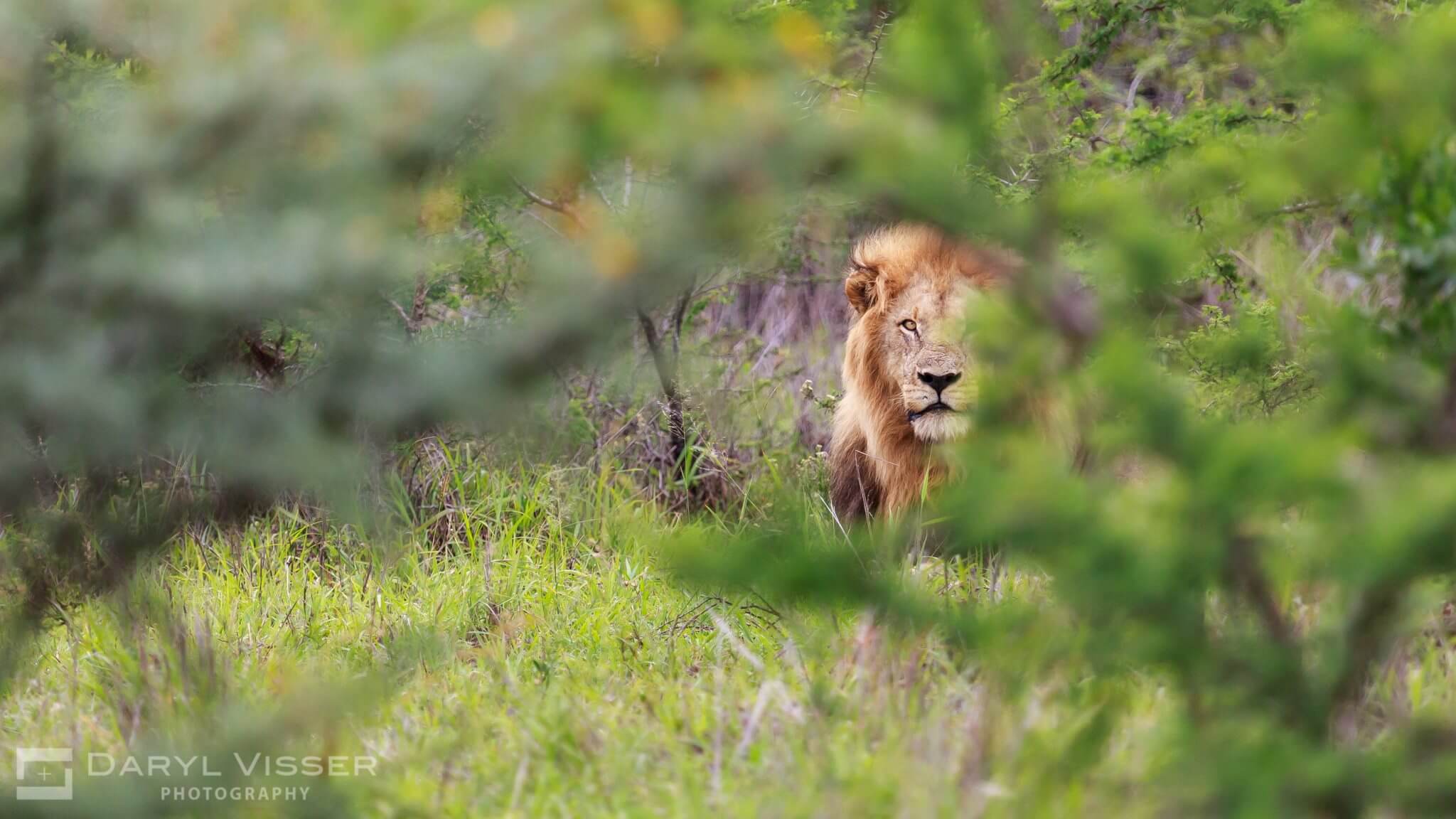 Lions are not always easy to find because of their nocturnal habits and lazy daytime routines but we still enjoy frequent views of these magnificent animals on tour with Heritage Tours and Safaris, so come and join us as we go in search of one of Africa’s most iconic animals

How Many Hours Do Lions Sleep? 20 Hours a Day

This King of the Jungle gets some serious Shuteye. Male Lions Sleep on average 20 Hours a Day. While the Female Lions get 15 to 18 Hours shuteye a Day on average.

After a large Meal, Lions may spend upto 24 Hours sleeping.

As Lions are nocturnal most of the sleeping is done during the day.

This is not always the case and may vary from area to area. For instance Lions in Zoo's sleep upto 15 Hours a Day.

Their are numerous physical and varying differences between Male & Female Lions.

This is not a behavior often captured on film however our rangers where lucky to have been in the right place while out on safari.

When it comes to Lions Mating did you know that Leopards have almost exactly the same rituals. Mating may occur every 15 minutes for upto 5 days. This equates to 250 times over a period of 5 days. Yes their is a very good reason for this excessiveness. The human female will produce a egg every 28 days, if this egg is not fertilized both the egg and the lining of the uterus will be rejected. This is not the case with these cats and therefore they need a stimulus to start ovulation.

Mating is a right, and it is most often the right of the dominant male lion. The dominant male will be the strongest thus ensuring the strongest genetic traits for their offspring. The dominant female will also have primary mating rights. However the male lion may mate with any female in the pride. When the female is in season or on heat she will demonstrate various traits, one being rubbing her head and rolling onto her back. Copulation is really quite quick lasting less than a minute. The act is repeated as often as possible. Despite the staggering amount of attempts, mating is mostly unsuccessful.

Gestation lasts for 3 and a half months. litters range from 3 to 6 cubs. Cubs take a full 2 years to reach maturity. Therefore females only give birth every 2 to 3 years.

Sadly only 1 in 4 cubs will survive adulthood. Once the cubs reach adulthood they will be banished from the pride to form their own prides. Male siblings will eventually attempt to challenge the dominant male, this will prevent to much inbreeding within the pride.

A somewhat unusual activity witnessing Lions in trees has fast become a top sighting during the summer months in the Hluhluwe-Imfolozi Park, South Africa. It remains uncertain as to the real reason for Lions climbing into the trees however it is assumed that these Lions may have realized various advantages of being in the trees.

As Summer temperatures sore it may be deduced that the higher one climbs the cooler it is. Or it could include escaping pesky bites from tsetse flies, sought after shade or merely to get a birds eye view of whats going on.

What ever the true reason or need to climb into the trees this sighting remains a wonderful experience.

Lion's consume a wide variety of wildlife (prey). Birds, Reptiles, Wildebeest, Impala, Giraffe, Buffalo, Hippo, Warthogs and even try to hunt Elephants however this mostly only occurs during times of drought when food is scarce.

It is estimated that Lions may eat between 4.5 kg to 11 kg of food per day. Lions may go without eating for a maximum of 14 days and remarkably upto 4 days without water.

Adult Lion can eat upto 43 kg of meat a day while the Female Lion may eat upto 25 kg of meat in a single day.

Eating Order, yip believe it or not the females will be the primary hunters however if the males are present then the males will eat first followed by the cubs and then only will the females be allowed to eat whats left over. 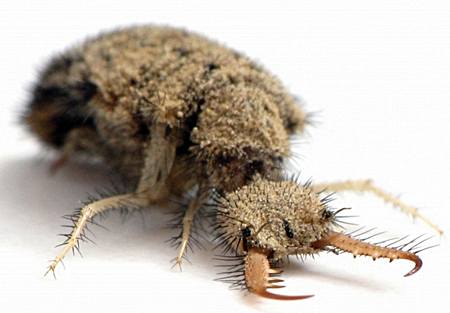 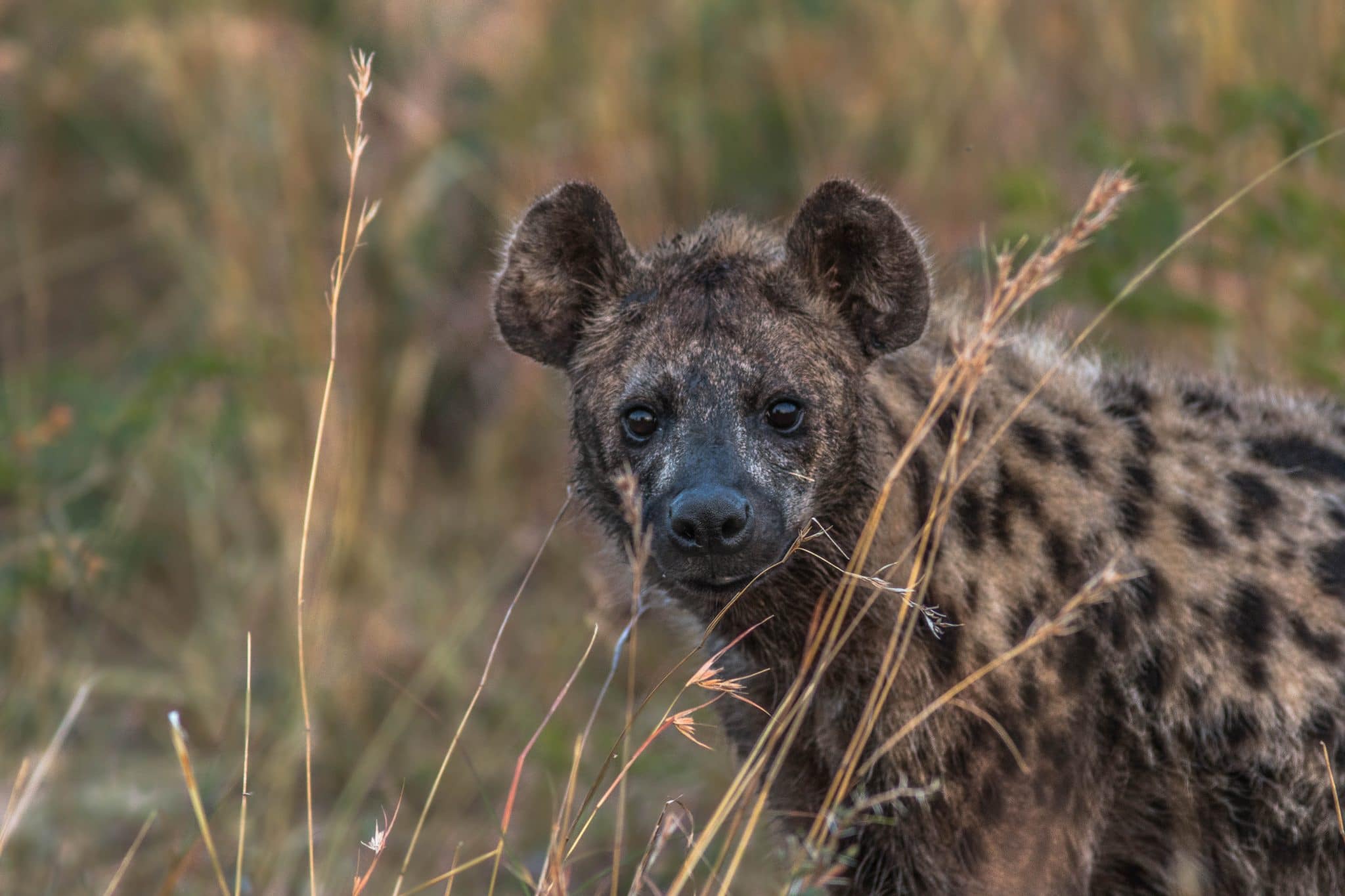