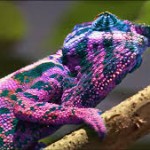 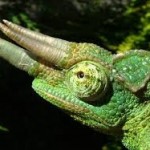 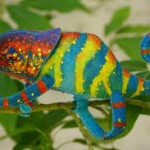 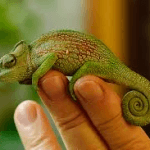 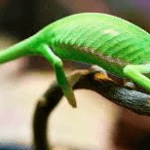 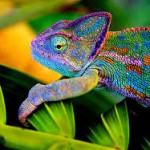 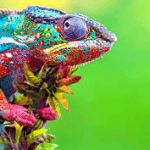 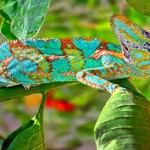 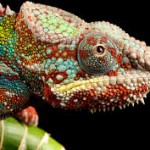 Chameleons are a specialized group of lizards forming the family Chameleonidae. The Flap-necked chameleon is a common species found here in the St. Lucia area and guests love to see them on safari. They are hard to find during the day but when they become active at night, they venture onto the outer branches of trees in order to hunt for insects. It is then when our guides spot them with their expertly trained eyes.
The most fascinating feature of chameleons is their ability to change colour. It is often thought that chameleons are able to change into any colour to suit their surroundings, but this is not entirely the case. The colour changes in chameleons are mostly as a response to mood or temperature stimuli.
Flap-neck chameleons’ colours vary in shades of green, from light to dark green, following through to black and even brown. Typically stressed chameleons change to black or brown, aggressive chameleons change in contrasting light and dark colours and at night chameleons are pale green, allowing guides to easily find them with a spotlight.
Being a reptile that relies on the temperature of the external environment for body heat (ectothermic) the chameleons’ colours could also help with temperature regulation. Dark colours absorb more heat and light colours reflect more heat away from the body. The one thing that sets chameleons apart from other predatory reptiles is the fact that it can operate at lower temperatures for e.g. chameleons can be active even on colder nights when other reptiles will be unable to move and hunt.
The chameleon has some other unique adaptations to ensure survival. Chameleons are very slow moving animals and cannot chase down prey, therefore they have adapted to an ambush style of hunting to catch the insects they eat. They use their cryptic colouration for camouflage and wait for insects to venture close enough for them to strike. They use their telescopic tongue, which could be the length of its body to snatch up the insect, pulling it back into its mouth at a speed of 5m/s. A sticky tip and muscles that create a suction hold on to the prey and it is all over within split seconds. 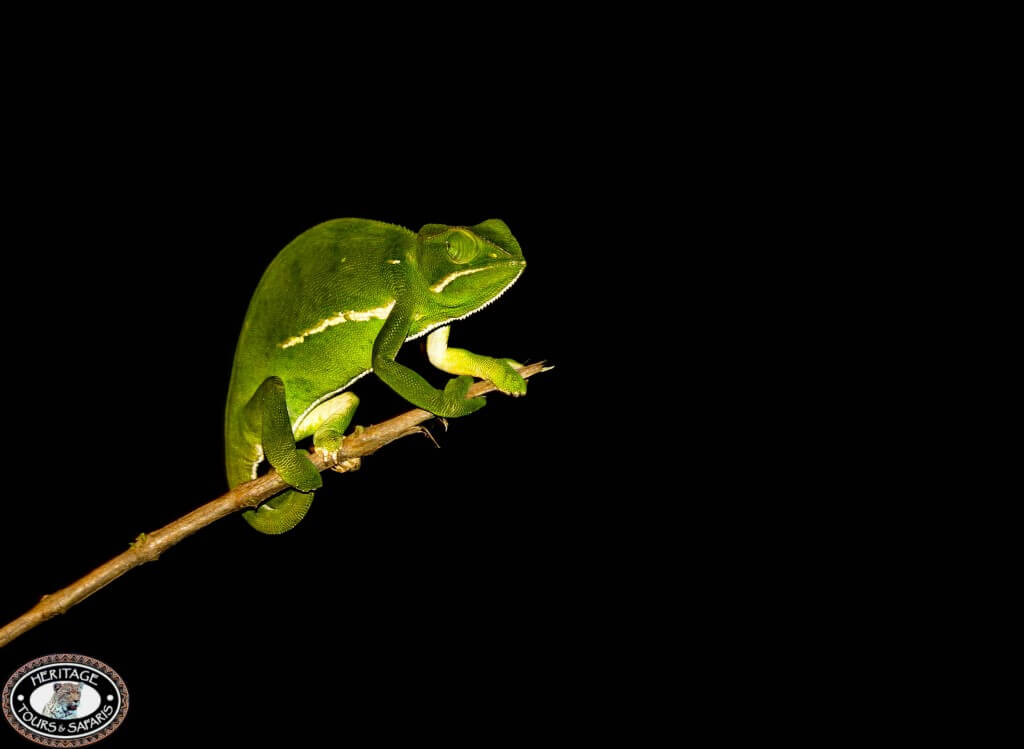 Chameleons are old world lizards and their are approxiamately 180 species of Chameleons in the wild. Chameleons are disguinguished by their feet, tongues crests and horns on the distinctive heads. Most of the larger chameleons have prehensile tails and eyes that are independantly mobile. While aimining at prey they have stereoscopic vision. Chameleons are commomonaly found in warm habitats such as rain forests and deserts.

Changing color: some chameleons are able to change their skin coloration. coloration used is pink, blue, orange, green, black, light blue, yellow, turquoise, and perple. Color change is used for numerous functions such as social signaling, reactions to tempreture as well as camoflage. Darker colors indicate anger, or attempting to scare or intimidate others lighter colors are used by males when courting females.

Heritage Tours & Safaris manages a private concession within the iSimangaliso Wetland Park these outings include night drive safaris into the nocturnal African night. For an opportunity to witness Chameleons why not join them on one of these incredible outings. For more information Click Here 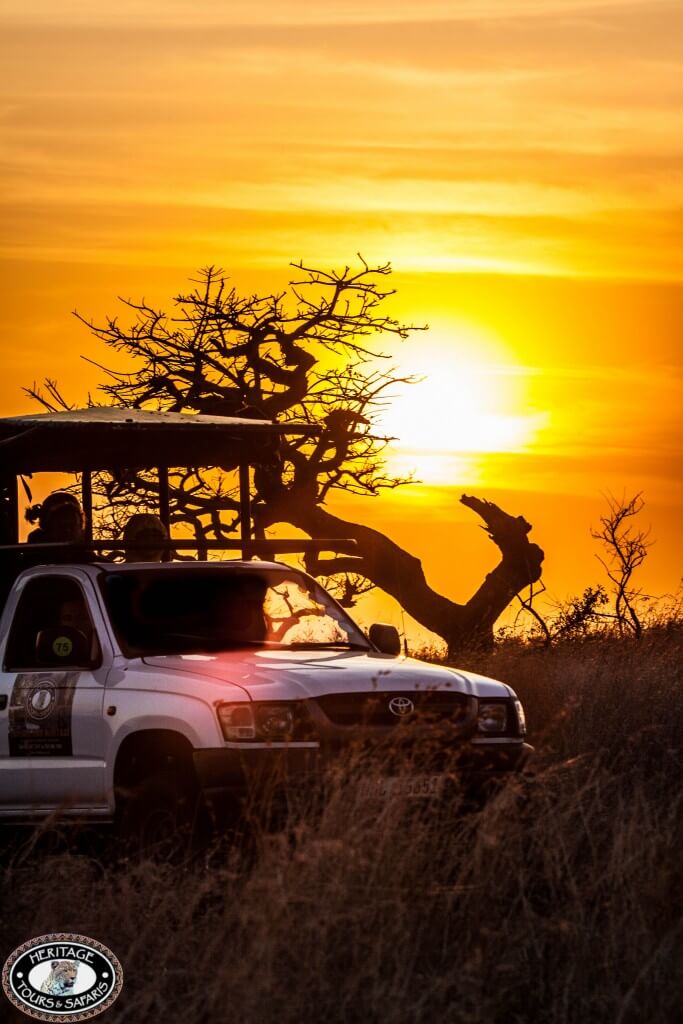