Picture of the Week 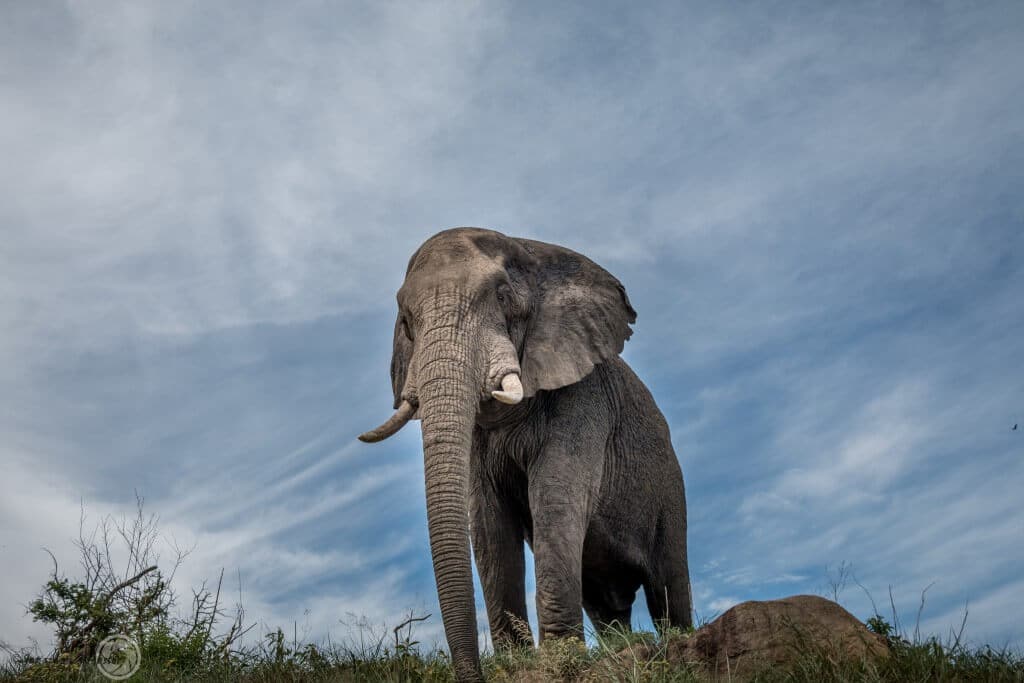 This picture was taken while in the Hluhluwe Umfolozi Game Reserve. Picture taken by Jonathan Webster with a Cannon D70.

I was very fortunate to have this Elephant close and therefore I was able to use my favourite 80mm lens. It was a early shot just after breakfast. Our clients onboard where thrilled and excited to have such a close encounter after waiting for years to get a close up view of these incredible creatures.

Hluhluwe Umfolozi has quite a large population of Elephants and therefore we are lucky to have frequent sightings of them in the park. during the summer months and water shortages one needs to stay in the Umfolozi section for a better chance of getting that incredible shot. It is my opinion that one has to be in the park as early as possible to get sightings of the predators as they are more active and always stay close to watering holes. 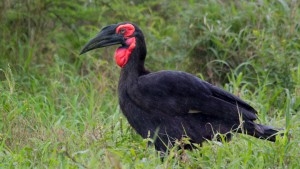 The Southern Ground Hornbill which can be seen in the Hluhluwe-iMfolozi Park, is a gigantic bird , and is the largest of the hornbill species. It can grow to a height of 130cm, with the males attaining a weight of up to 6 kgs and the females being around 2 kgs lighter. Other than the red wattle, the bird appears completely black in colour, but it has striking white primary feathers which are visible in flight. The birds are very territorial, with the entire family group of up to 10 individuals protects a territory which can be many square kilometres in size.

They are monogamous, pairing for the 30 – 40 years of their lives unless their mate dies.
These hornbills have one of the slowest reproductive rates in the bird kingdom, producing only one chick approximately every 9 years. They are co-operative breeders, with just one dominant breeding pair in a social group with the rest of the birds, usually previous offspring or unrelated birds being the helpers. The ground hornbills are the only birds in the hornbill family which do not seal the entrances of their nests when eggs are laid. The nests, which are returned to every year, are created in crevices such as large holes in tree trunks, and are generally situated a few metres off the ground. Clutches are generally small (2 eggs) and exhibit a phenomenon known as siblicide (cainism). Because incubation starts directly after the first egg is laid it usually hatches earlier than the second egg, putting the first hatched at a size and strength advantage. This usually leads to the younger chick dying of starvation as it cannot compete for food. This is known as passive siblicide. The smaller clutches mean more dedicated parental care, which will lower mortality and lead to offspring that will ultimately breed for themselves. Juveniles are dependent on their parents for up to one year and will stay with them for several years before leaving the social group, if at all.

These hornbills are omnivorous – although mainly carnivorous. They have very strong legs and spend most of the day walking along the ground looking for food, occasionally running after their prey. They will eat anything they can physically overpower such as reptiles, frogs, birds, snakes and large insects, using their sharp bills to stab their quarry. Only if absolutely necessary will they engage in aerial pursuits. The hornbills are often seen walking with impala, zebra and other bushveld animals, catching food which has been flushed out. At night they will roost in trees or on high rocks.

The Southern Ground Hornbills are of the most fascinating and striking looking birds which can be seen on safari. They are very much at risk mainly due to a shrinking natural habitat and to human persecution. With a population that is now estimated at around 1500 in South Africa, the species is classified as Vulnerable on the IUCN Red List. Several projects are being undertaken to conserve and protect the status of the Southern Ground Hornbill. 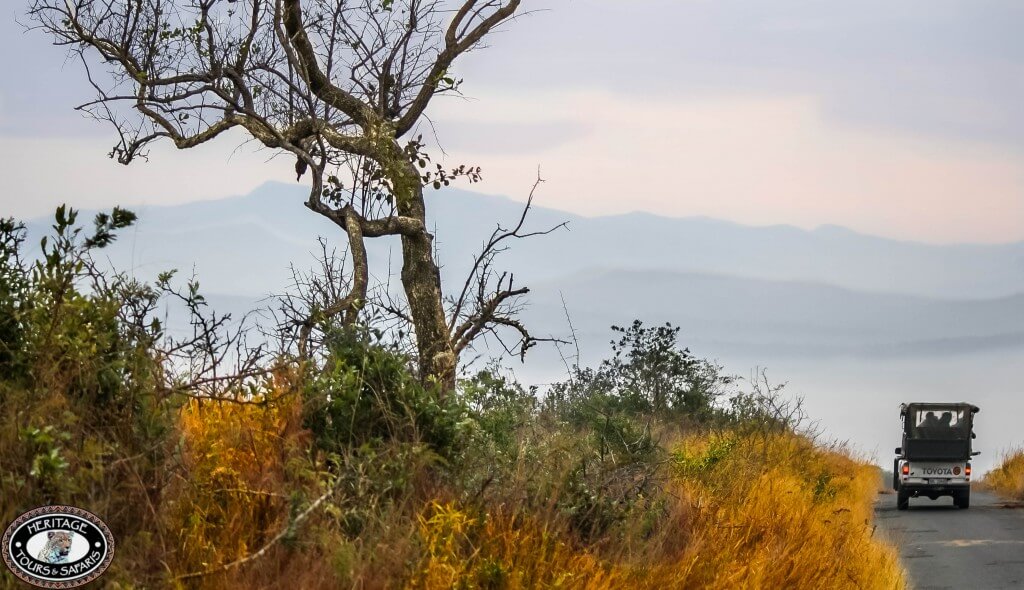