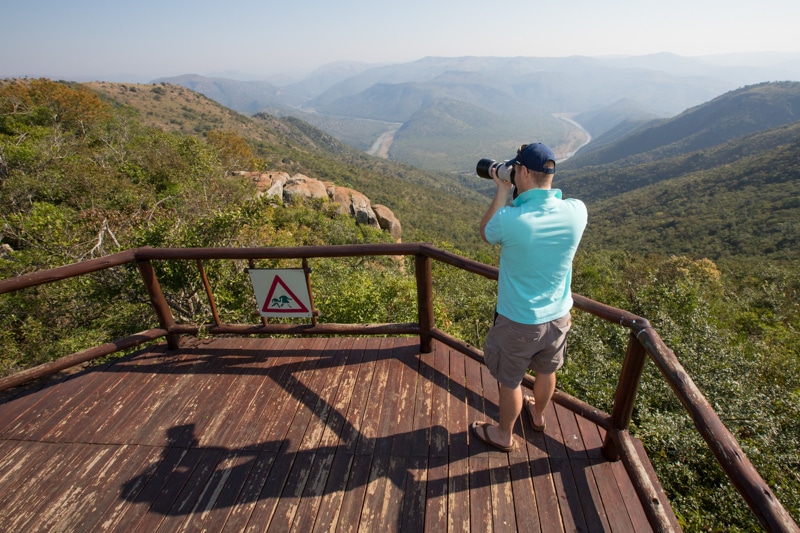 Northern KwaZulu-Natal. From Vryheid travel north-east on the R69 to Louwsburg. The reserve is located immediately to the north-west of this village and stretches to the Pongola River. Visitors may also fly in to a landing strip in the reserve, where they will be collected by prior arrangement with the camp office.

April to September 6 am 6 pm

Their are a few well marked hiking trails that will offer you some magnificent views and scenes. Please refrain from doing any walking trails at night, wild animals do enter the camps and therefore it is advised to be vigilant at all times. 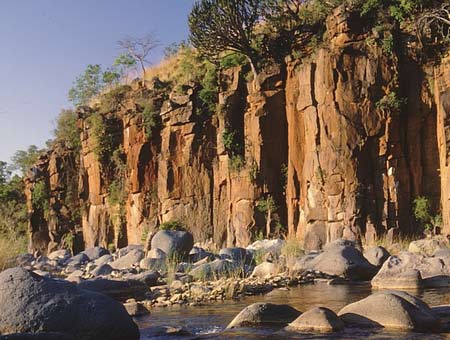 Ithala Game Reserve situated in 290 km2 of, mountainous thornveld, plus minus 400 km north of Durban, in KwaZulu-Natal, South Africa.The altitude varies considerably from 400 m along the Phongolo River to 1,450 m along the Ngotshe Mountain escarpment. The reserve encompasses a wide variation of terrain, from densely vegetated river valleys and lowveld to high-lying grassland plateaus, mountain ridges and cliff faces.

Diversity is the key to Ithala Game Reserve. Proclaimed a nature reserve in 1973, the reserve has grown steadily with the addition of purchased land in adjoining areas. 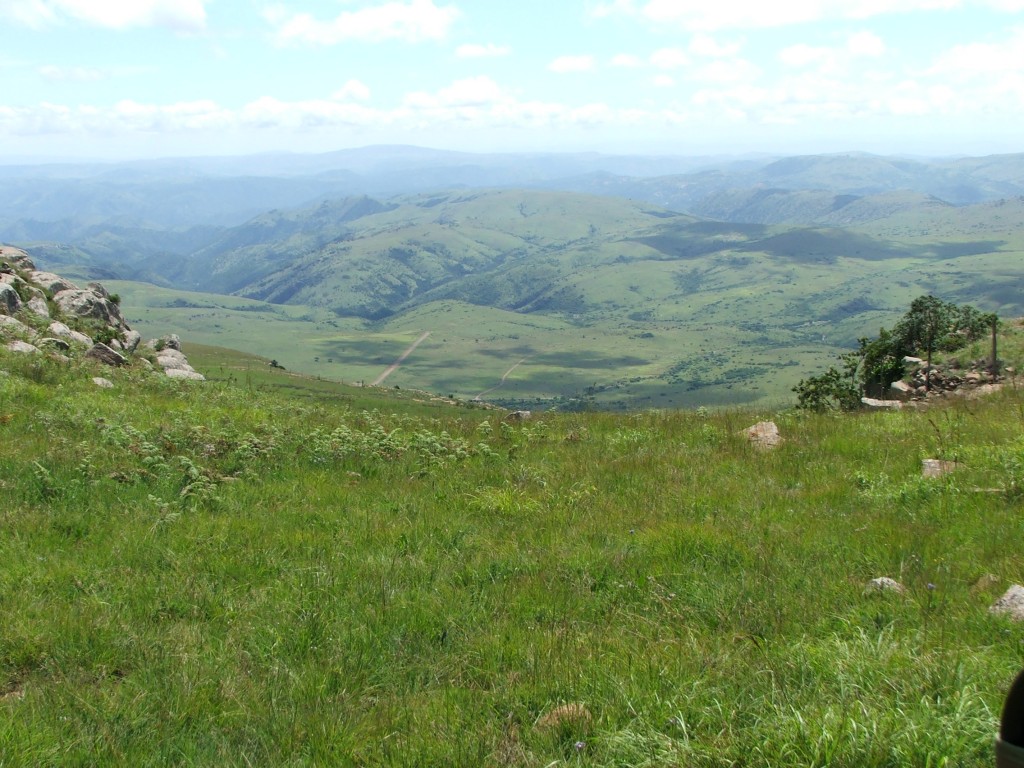 The reserve measures 29 653 ha in extent and is situated on the south bank of the Pongola River, about 70 km east of Vryheid. It is some 400 km north of Durban and 500 km from Johannesburg.

The reserve is also rich in history, having been continually occupied during major events of the 19th and 20th century, such as the reigns of Shaka and other Zulu kings, the arrival of the Voortrekkers in Natal, the Anglo-Zulu war of 1879, the Anglo-Boer wars (1880 - 1902) and the anti-nagana campaign of the 1920s.

Evidence of earlier occupation by middle stone age and iron age people can be seen.

In turn, each plant community hosts a wide selection of insects, reptiles, amphibians and mammals. We have compiled this booklet in order to enhance your visit and experience to Ithala.

It is by no means comprehensive but should provide sufficient information to whet your appetite.

Proclaimed to be 29 653 ha in extent, the reserve holds about 910 species of plant life. The vegetation types range from wetland or marsh, stream, bank and riverine thicket, to open savanna. It is thus not surprising that Itala has such a variety of fauna, with 80 mammal, 314 bird, 18 amphibian and 15 reptile species recorded. Because of its size, this reserve can carry a large mammal population. It is hoped that other species including more predators will be reintroduced in the future. Bush camps: three rustic bush camps available for hire. Thalu bush camp accommodates four people in a two-bedroomed reed and thatch unit, Mbizo bush camp accommodates eight people in two separate four-bedded units and Mhlangeni bush camp houses ten people in five two bedded units. Camps are fully equipped but visitors need to bring their own food and torches. Ntshodwe camp - accommodation for 172 visitors in 39 self-catering, fully equipped chalets. Conference centre with accommodation for 56 delegates. Campsite there is a small rustic camp ground. No caravan facilities.

Information and content supplied by KZN Ezemvelo and WikiPedia

Ithala Game Reserve offers a true getaway nestled in real African bush. This reserve is not only incredible in offering some magnificent sights but more history and times gone by. 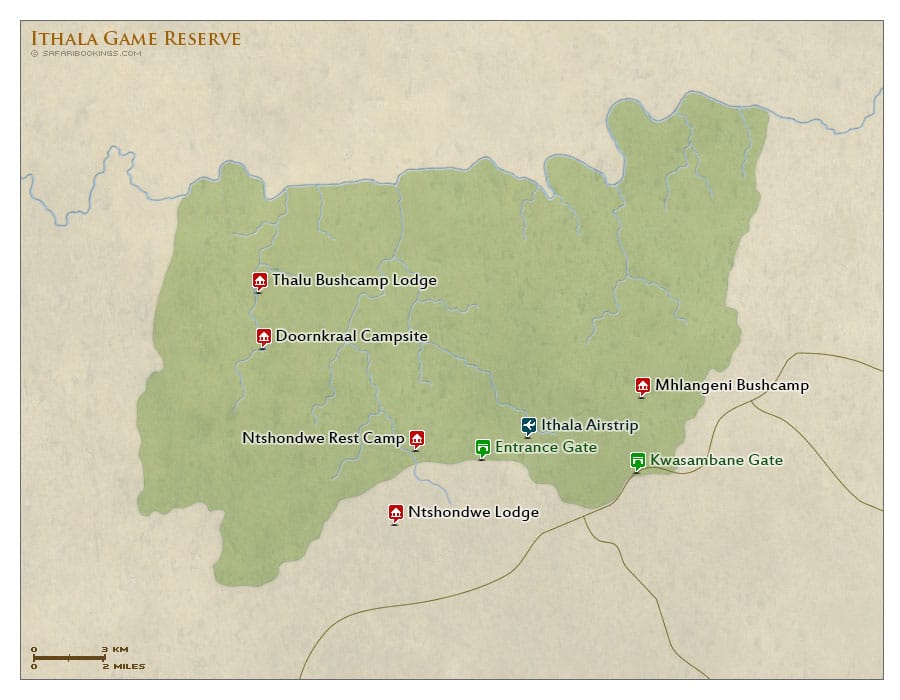 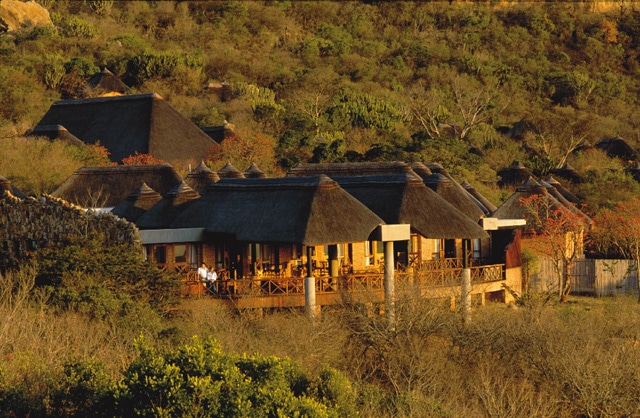 This camp is the main accommodation area within Ithala Game Reserve with 67 Thatched rondavels and one main luxury lodge. 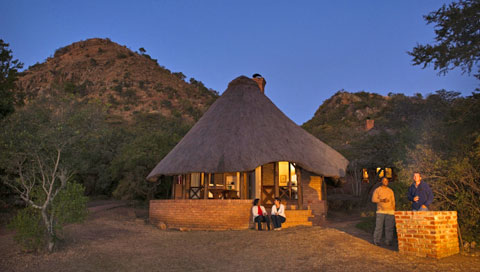 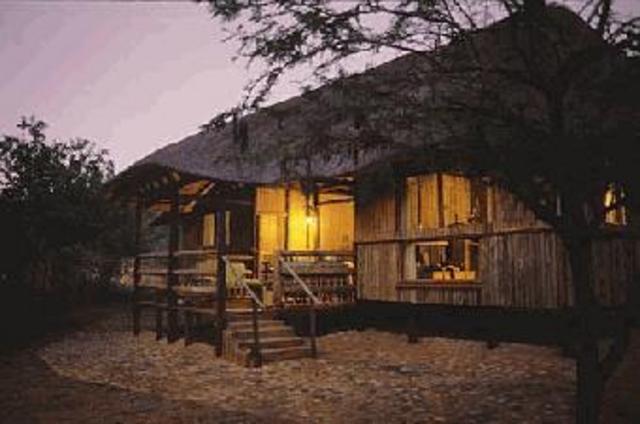 This camp consists of only 2 Units sleeping a total of 8 clients, each unit can accommodate 4 people. Ideal for a family retreat. Do not forget those hiking shoes for the numerous hikes. 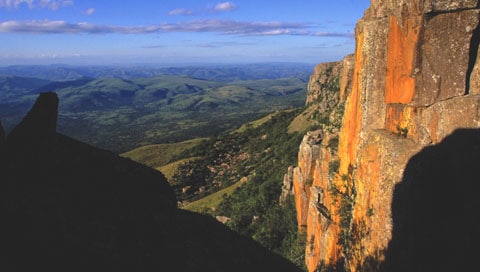 Ithala Game Reserve is not on the, "big", reserve map and does not accommodate Lion but for me is one of the best reserves to which I have been. The variety of, "biospheres", from tropical to almost alpine is amazing and many varieties of game abound, including leopard which I managed to photograph. The chalets at Ntshondwe Camp are comfortably

Ithala offers beautiful varied scenery, good game viewing and interesting geological formations. An overnight stay is recommended and there is a variety of accommodation options available inside the reserve, ie from basic camping to a luxury lodge.

There is no better park to go and relax and enjoy the magnificent beauty of nature. We stayed at Doornkraal campsite for 4 nights and were delighted by the clean and neat and well maintained campsite.