Baby White Rhino next to our Safari Vehicle 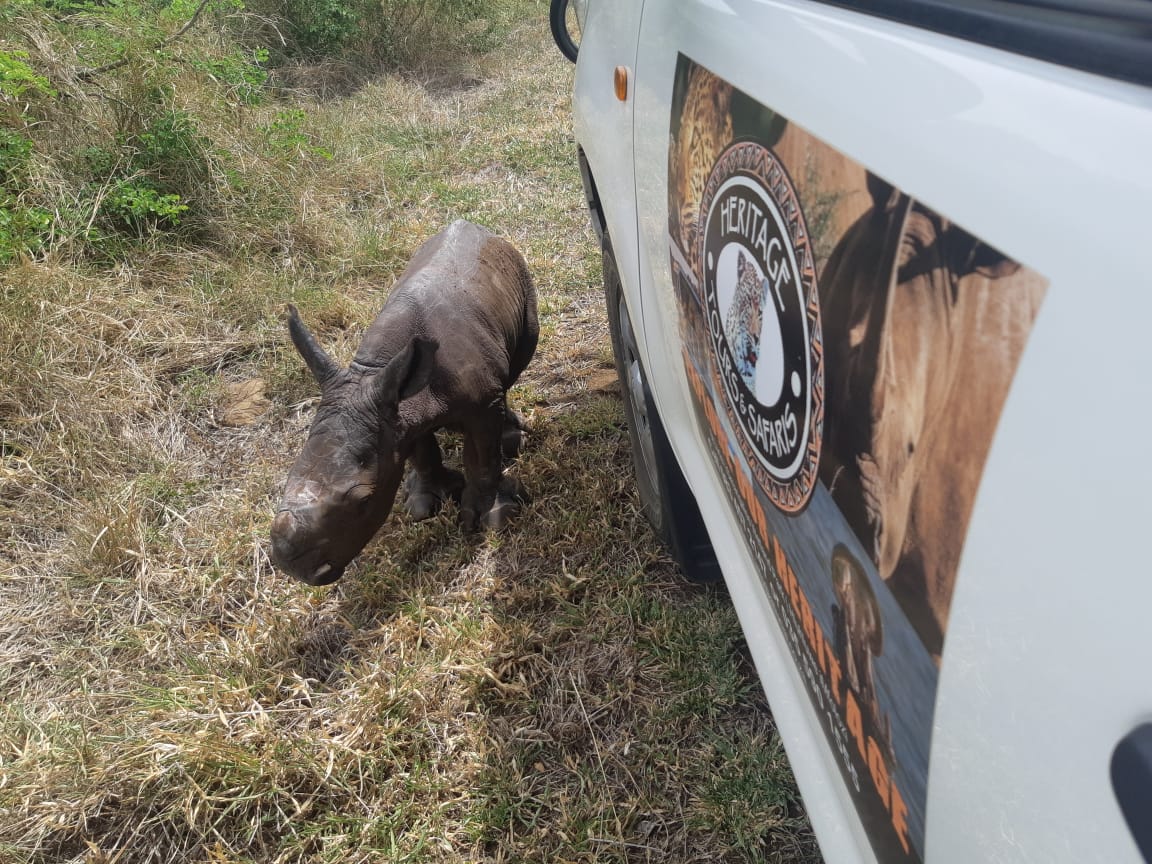 New Born Baby White Rhino wonders off and associates game drive vehicle as Mom in the Hluhluwe-Imfolozi Park. The little one continued to stay with us until after the authorities had been contacted and he was relocated to the holding boma at the centenary center. As amazing as it was having this incredible sighting it was just as traumatic not knowing whether or not the youngster was going to be okay. Jubilation however once KZN Wildlife arrived and they assured us that the little one would be just fine. The little one was to be relocated to the holding boma until such time that Mom was found.

It was surprising to see how the White Rhino instinctively knew that he had to stay somewhere that might offer shelter and a sense of safety.