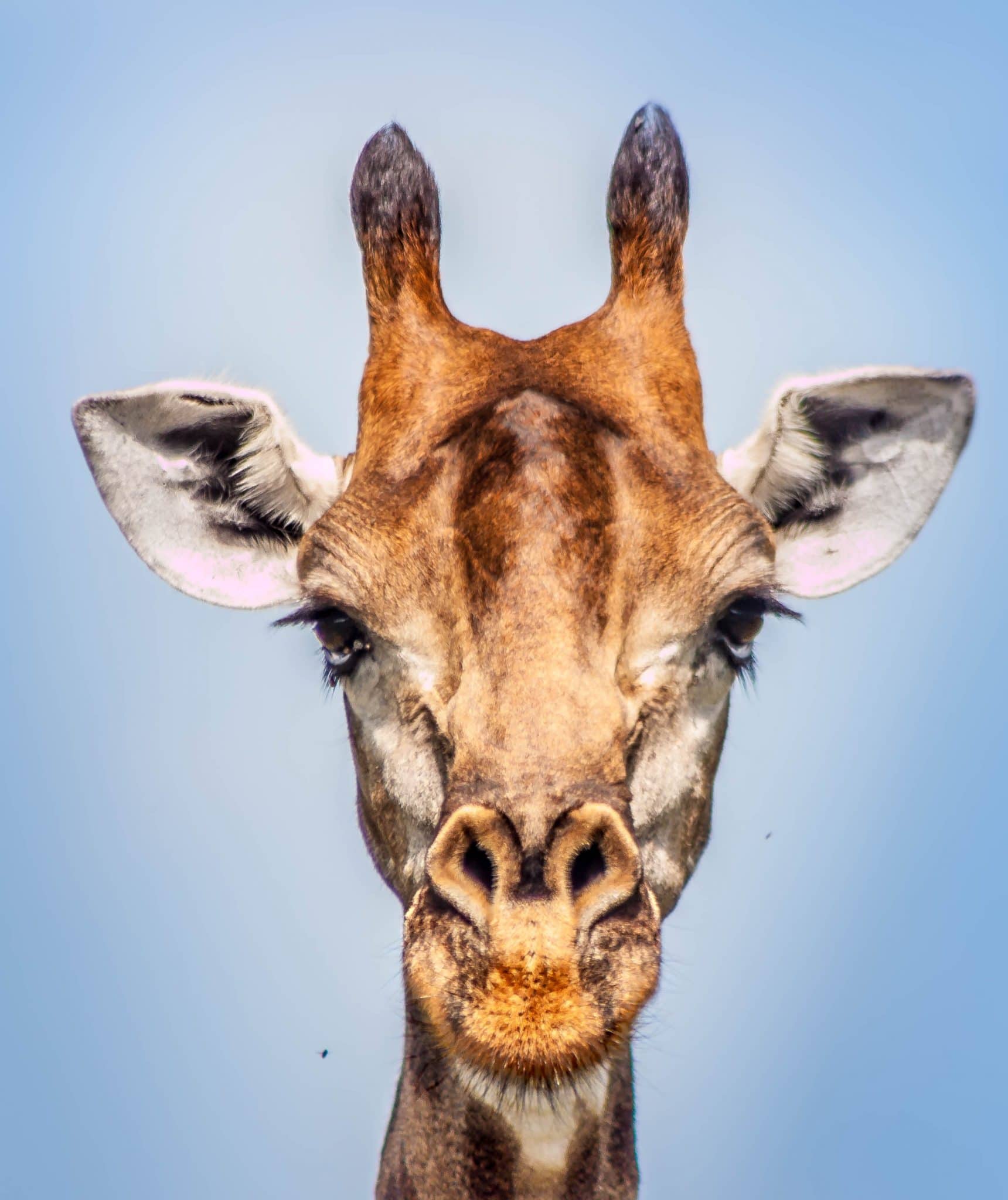 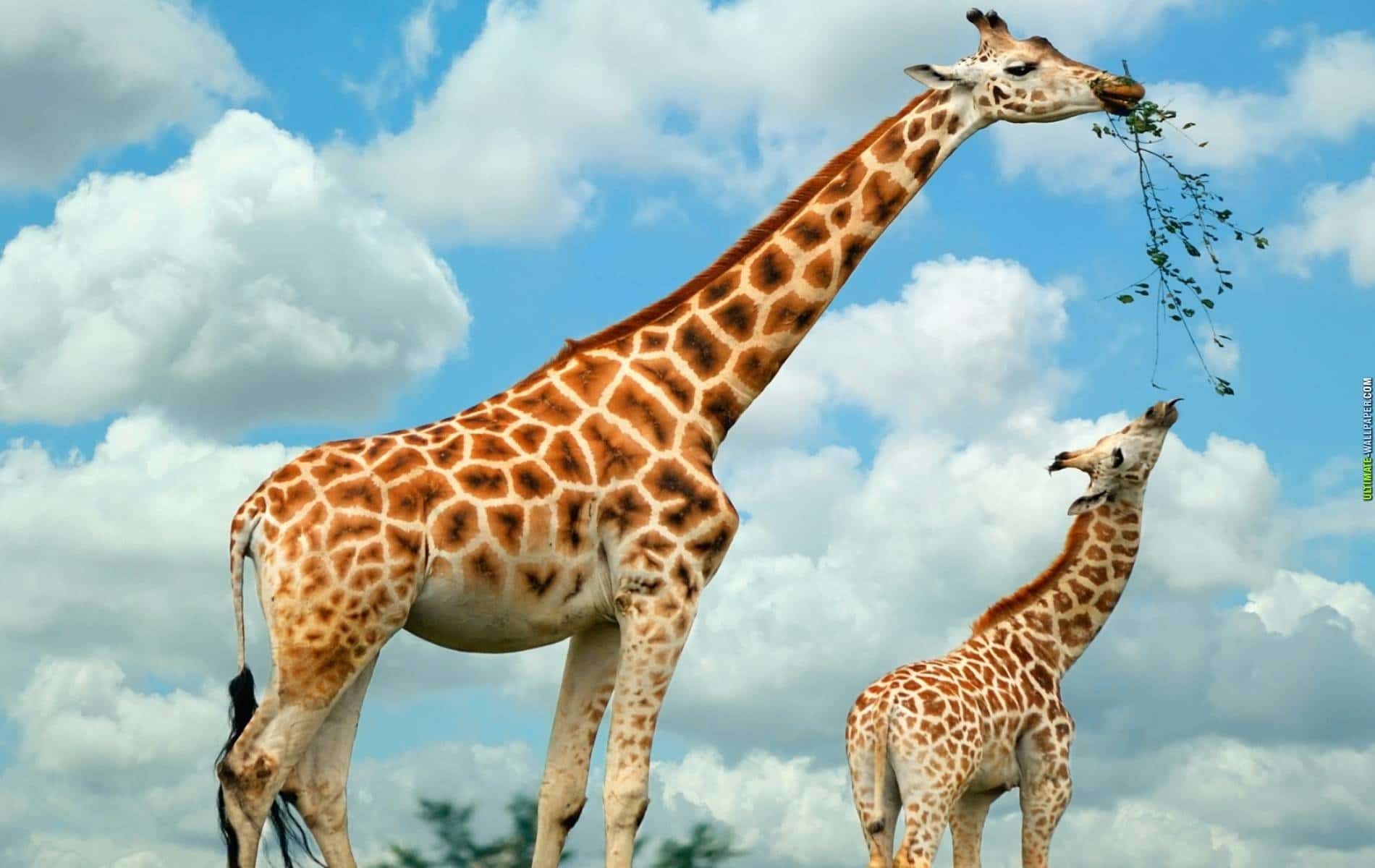 Just their legs are longer than most humans (6 Feet) 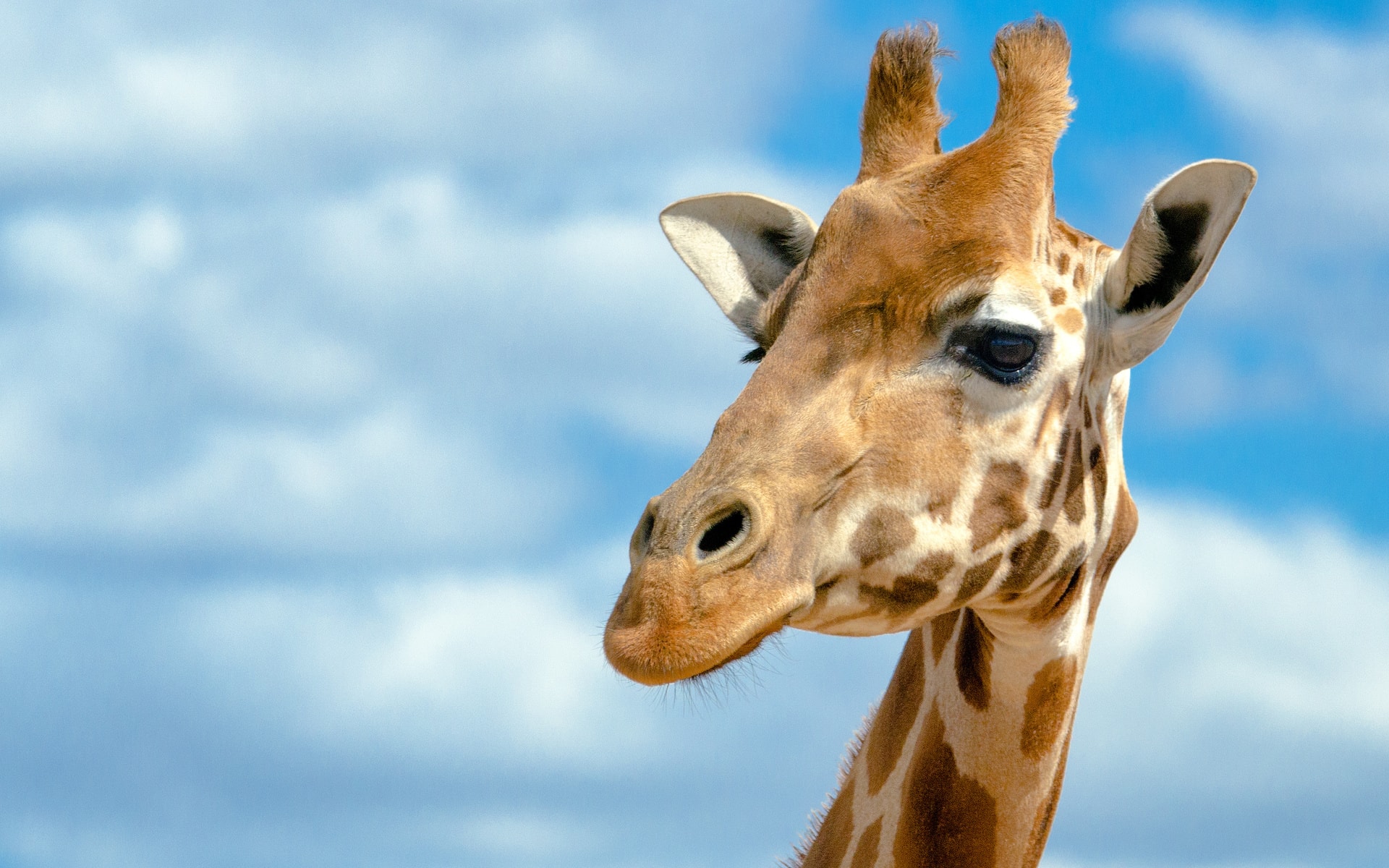 Giraffes Neck is to short

To reach the ground, and therefore has to awkwardly bend it's front legs or kneel to reach the water 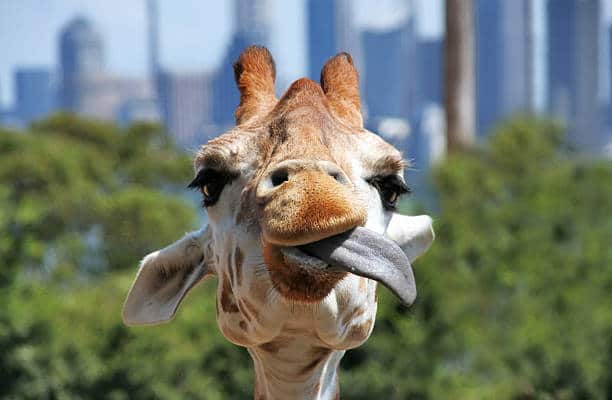 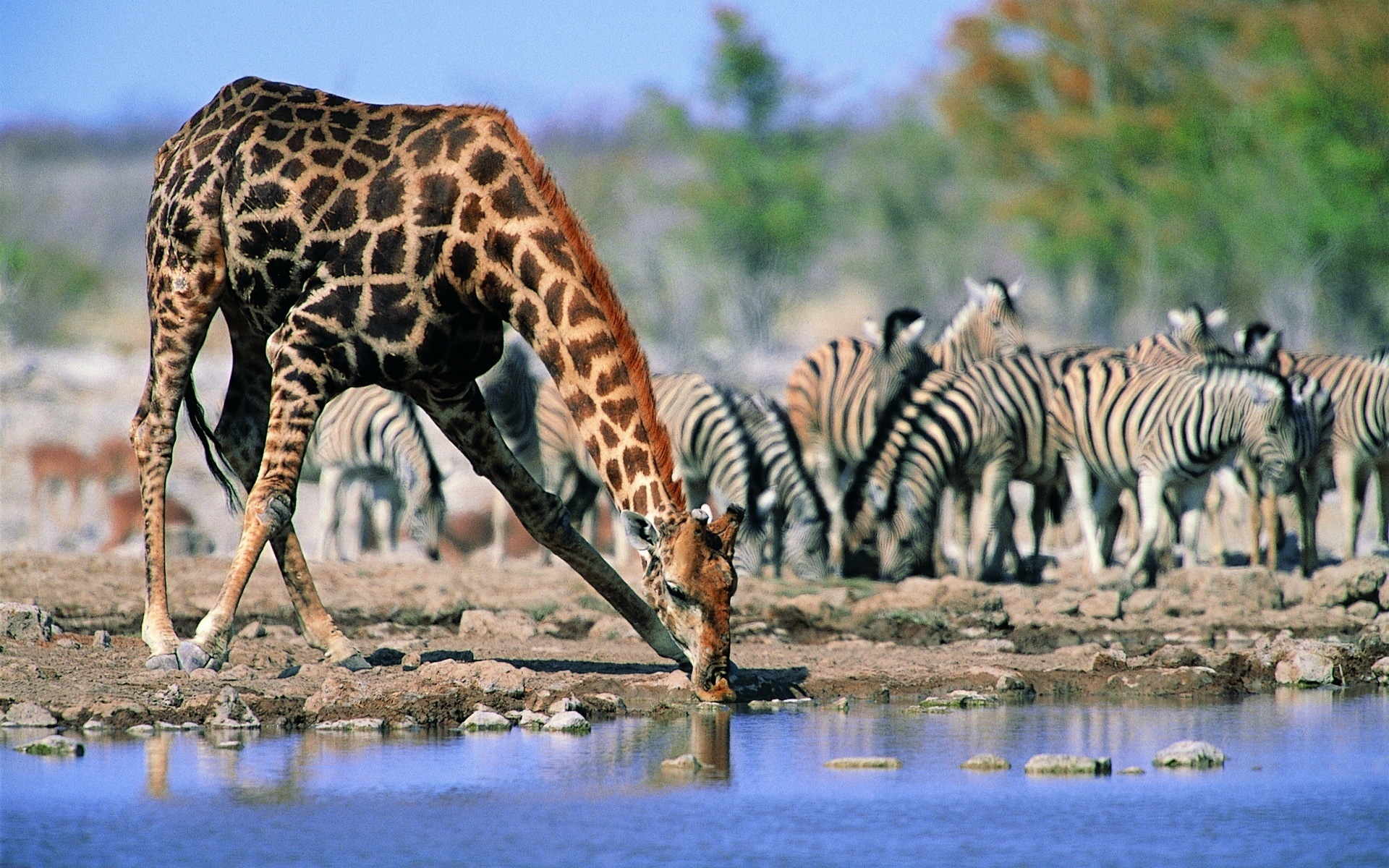 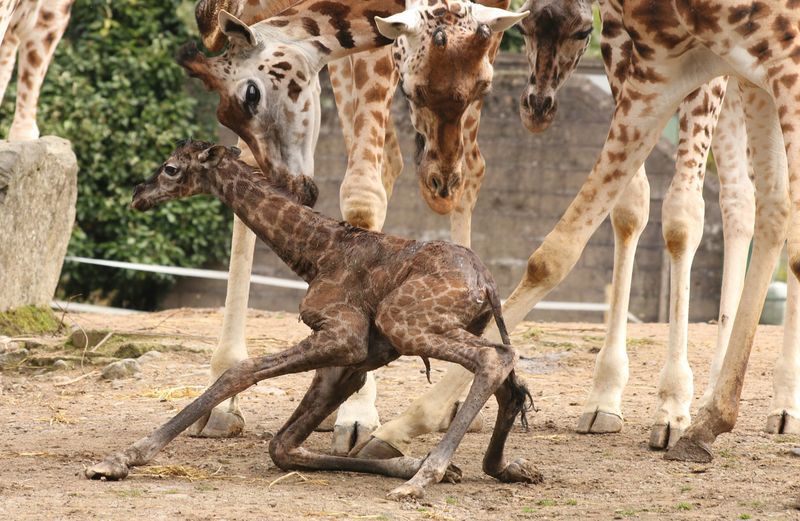 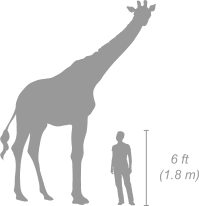 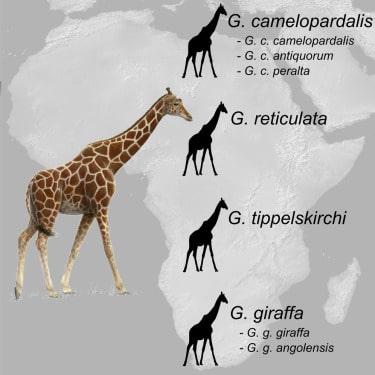 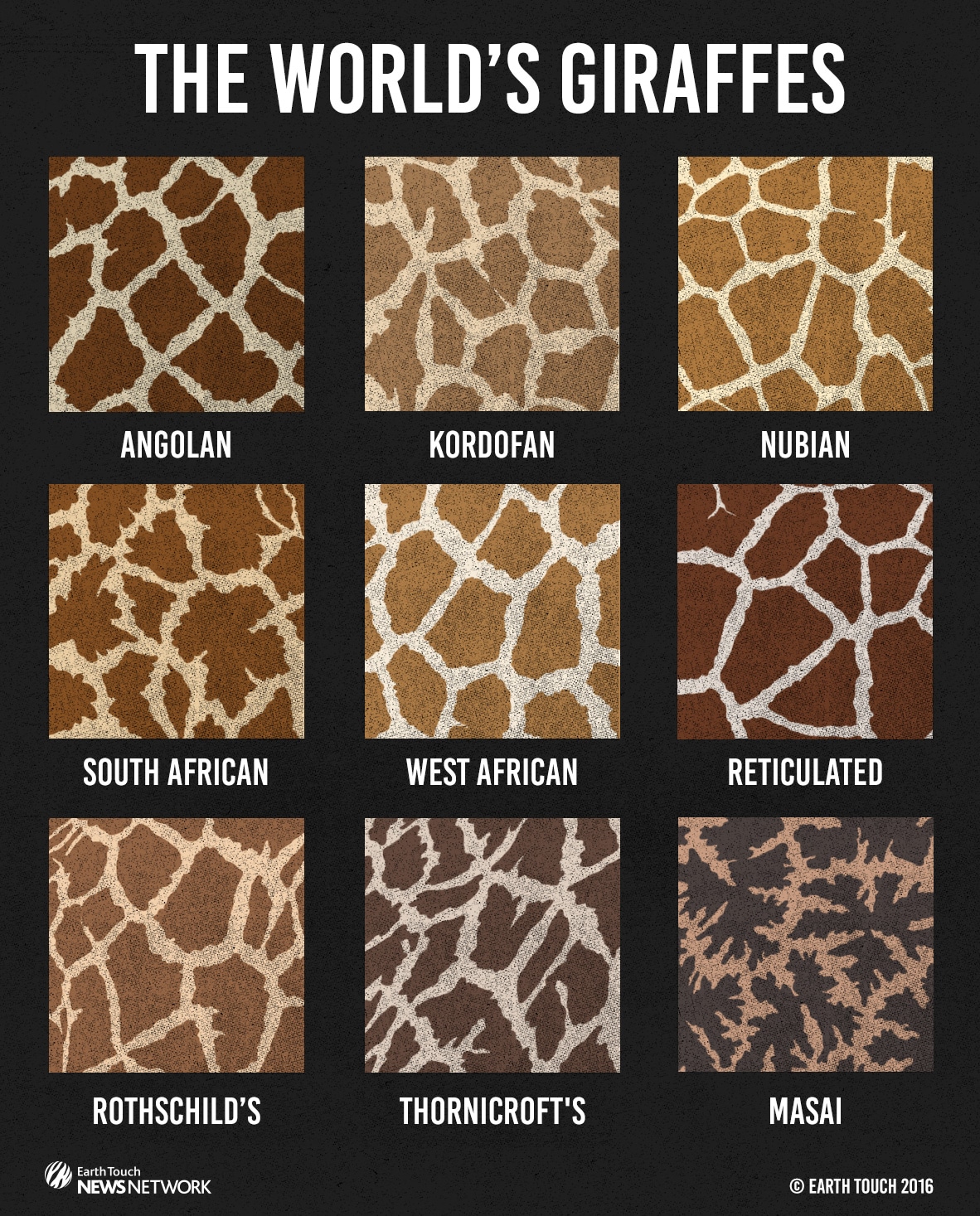 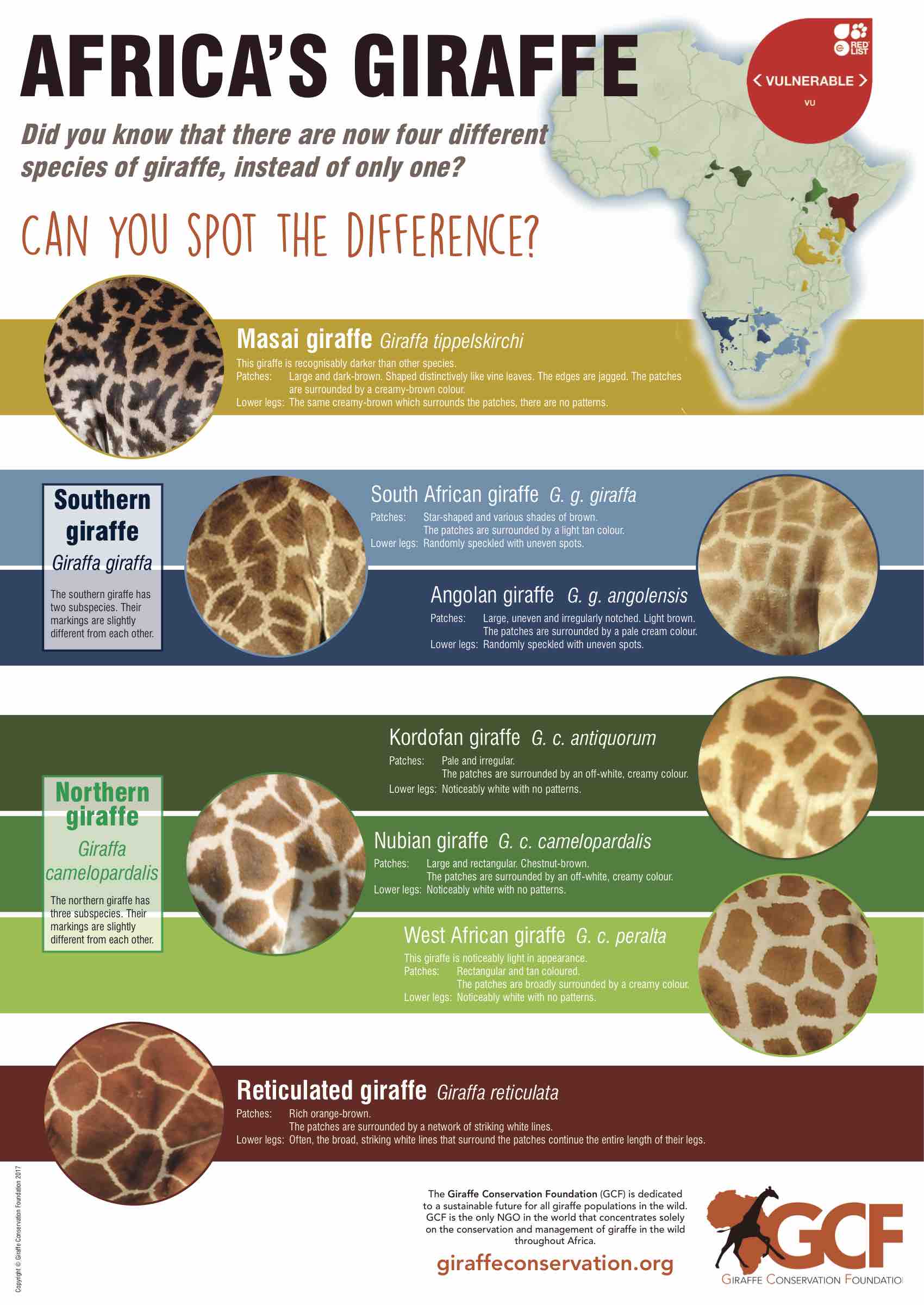 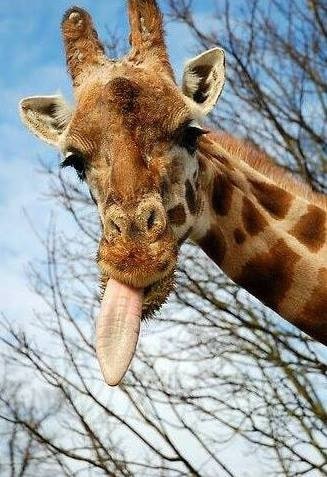 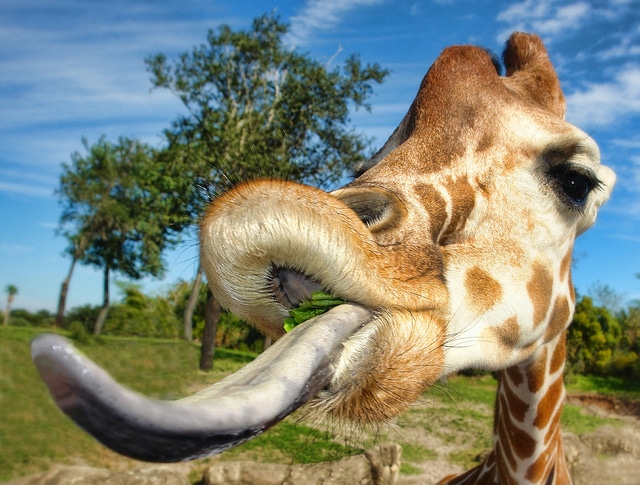 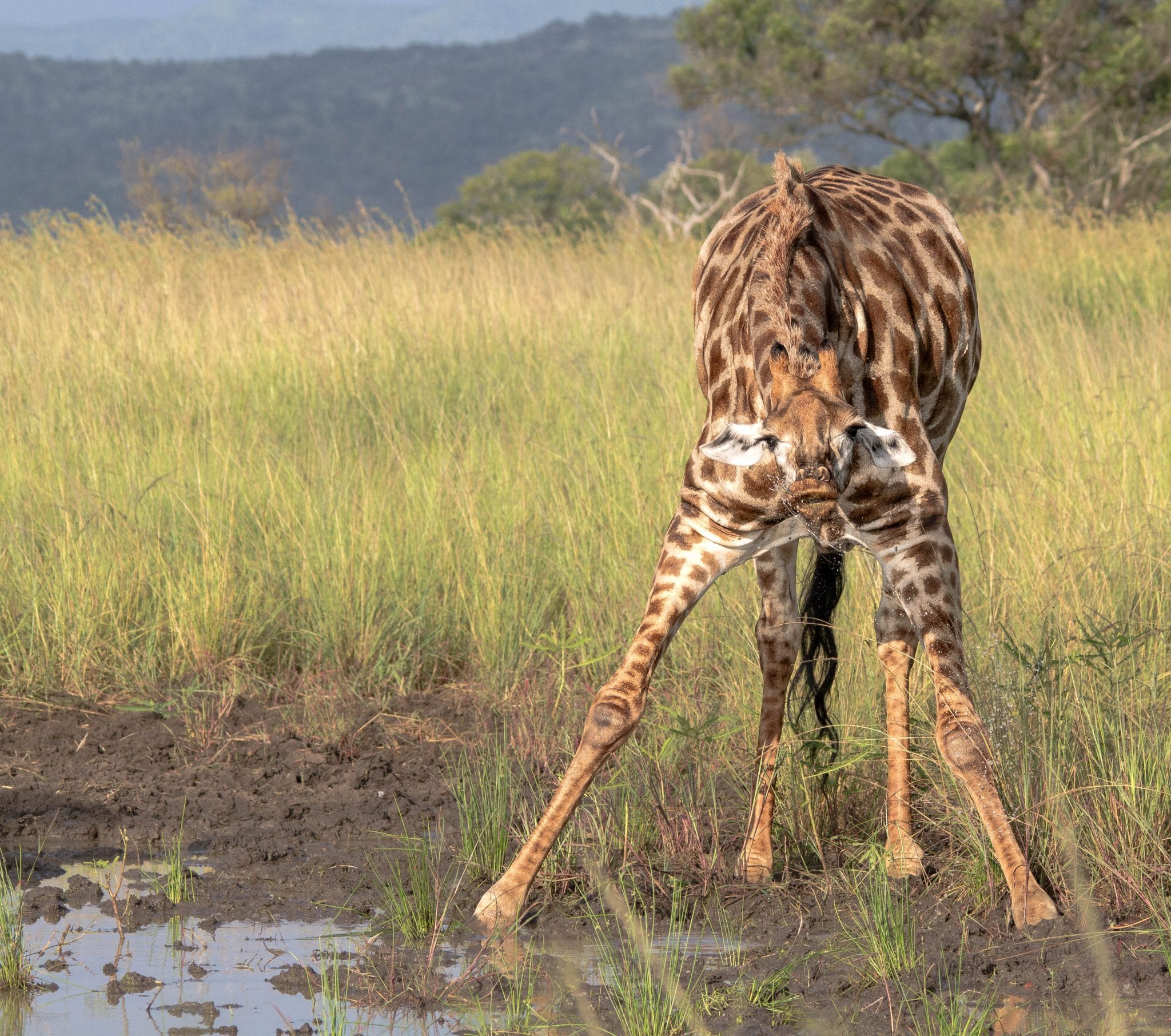 There is something about the thrill and excitement in peoples’ faces when they first see Giraffe that make this my absolute favorite! Whilst nothing can take away from a Big 5 sighting, these animals capture many peoples’ hearts through their strange shape, striking pattern, and elegant and serene demeanor

They are absolutely remarkable to watch and a true wonder of nature to admire. 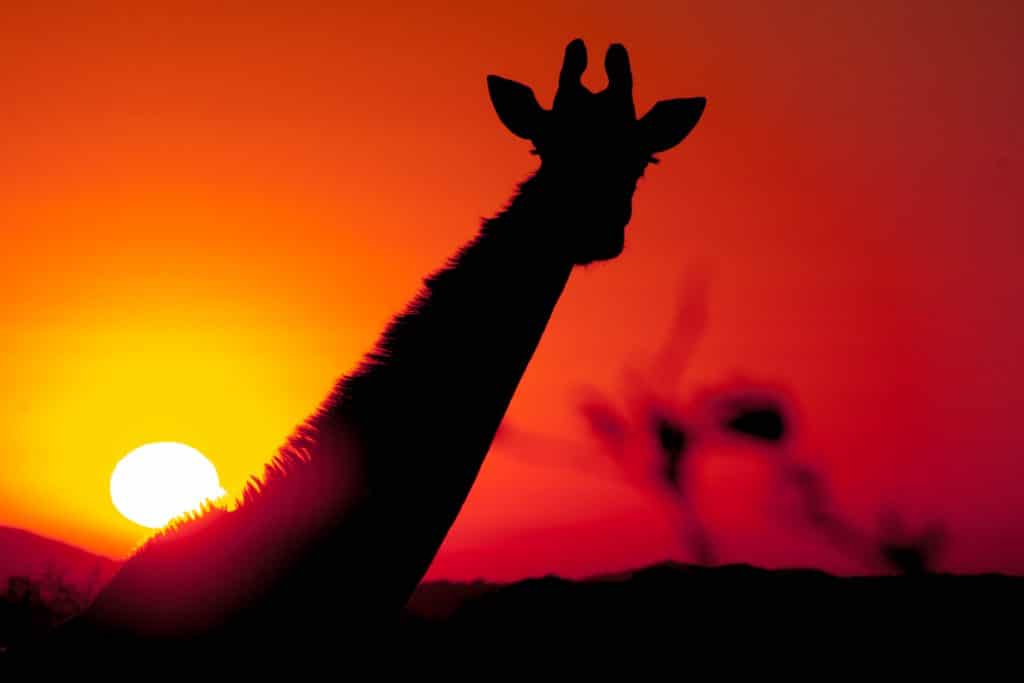 Giraffe are perfectly adapted for living in dry areas and have a special preference for the Karoo trees; covered in thorns the giraffe have perfectly adapted tongues for this tough job! The prehensile tongue, dark in color, is coated with a thick coat of saliva and very thick, difficult for thorns to penetrate. The tongue is 45 cm long and can twist and turn to perfectly navigate the thorny branches to reach to succulent leaves and buds in the tree tops.

Considering the giraffes appetite it’s no wonder these giants are adapted for feeding. An average Giraffe consumes 45 kg of leaves per day! But while they may eat a lot, giraffes don’t drink much water. They get most of the water from the leaves and therefore only need to drink every few days.

Giraffe also have very large powerful hearts, weighing up to 12 kg. Because of their extremely long necks, the walls of the left ventricle are thickened and beat up to 3 times per second. This is to assist getting blood around the large body and up the neck into the head.

Giraffe also have what is called a rete mirabile at the base of the brain, which is a special set of capillaries bunched together as an organ, to prevent giraffe from becoming “light headed” when the animal drops and lifts it head. The organ regulated blood pressure by slowing it down. There are also two sets of valves – one at the carotid artery and the other at the brain and heart. This helps regulate blood flow by closing and opening blood flow as and when needed. It is a rather comically thought to think of a giraffe passing out every time they lower their heads. 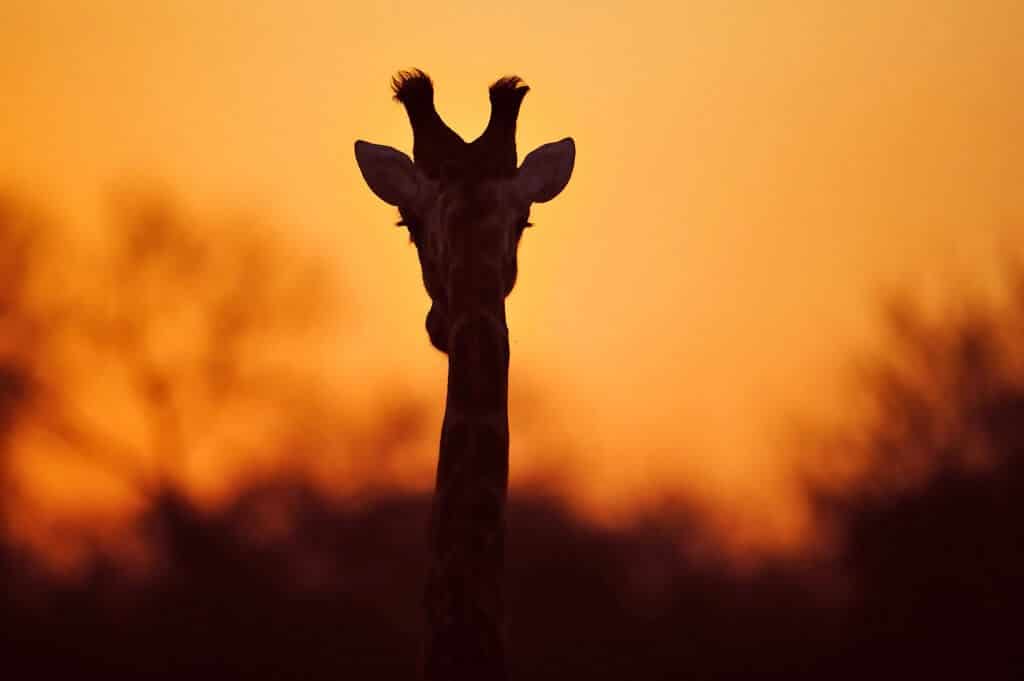 Giraffe have a very group orientated social structure. Their collective name is a tower only fitting for the tall mammal. They are often found moving in group of +-15 member mostly related females that are led by a male. 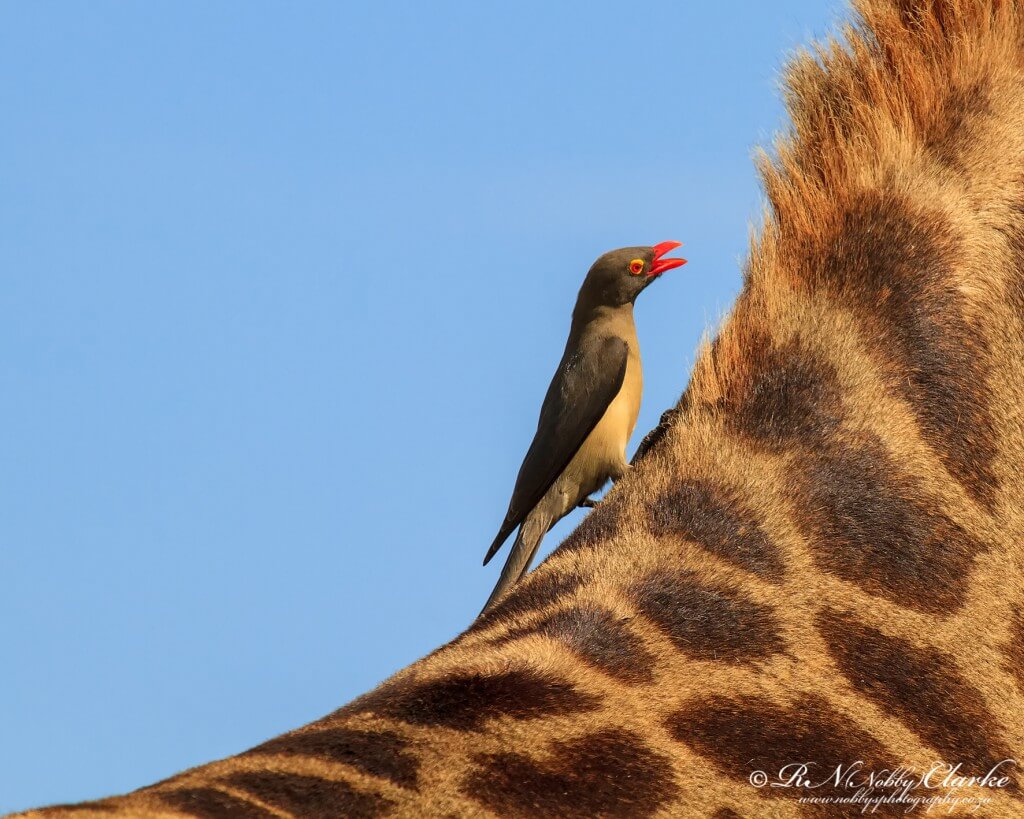 Male and female are generally similar in color and shape but males are taller and have no hair on their “horns” or ossicones.

Males establish social hierarchies through "necking", which are combat bouts where the neck is used as a weapon. Dominant males gain mating access to females, which bear the sole responsibility for raising the young.

As regal as these animals may be, the fights are generally violent and will only cease once one bull admits defeat,

Sadly like many animal in Africa, the Giraffe bones are used in illegal trade and giraffe have a conservation status of vulnerable to extinction. Although still seen throughout national parks of South Africa their official numbers where at approximately 97 500 in 2016.

In the wild these gracious animals will live for around 25 years and hopefully one day you can see these beautiful animals in their natural habitat.

Found in the Sahel region of West Africa. 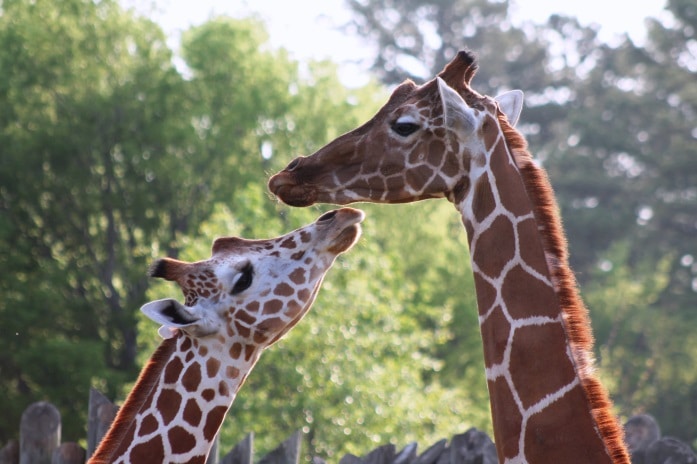 Also known as the Somali Giraffe. 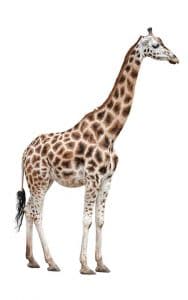 One of the most endangered Giraffe.

We would love o hear from you