Where to next? A Sho’t Left to one of South Africa’s favorite provinces, KwaZulu-Natal. The beautiful and culturally diverse province located in the northeast of South Africa has a little something for everyone. If wildlife and nature is your calling, the best game reserves, fishing spots and mountains are found here; for the beach lovers, the province has pristine, sandy beaches, and for those who love the city life, the KwaZulu-Natal has some incredible city-based attractions. Here are some of the top tourist attractions located in the KwaZulu Natal Kingdom: 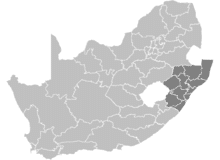 Situated on the North-Eastern side of South Africa. Primarily known for its magical and pristine Beaches, Bush, Wildlife, and People.  Home to the Zulu people, with numerous traditional villages. This province is also home to the Black and White Rhino. 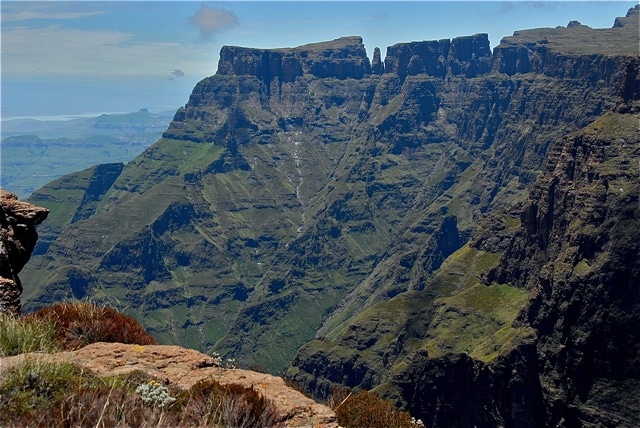 When in the province, Ukhahlamba Drakensberg, which when directly translated from Zulu and Afrikaans means Barrier of Spears – Dragon’s Mountain, is a must. This World Heritage Site has a beauty that will leave you in awe, from the rolling high altitude grasslands to the over the top cutbacks, rocky gorges, and wide river valleys. It is well known for its day and overnight hikes. It is also home to the largest group of rock paintings in South Sahara Africa. The rock paintings made by the San people depict animal and human life such as hunting, dancing, fighting, and rainmaking. Other notable parts of this Park are the large wildlife such as baboon, mountain reedbuck; the Amphitheatre which is a 5km high-wall of sandstone; and the Tugela Falls which is the second tallest waterfall in the world. 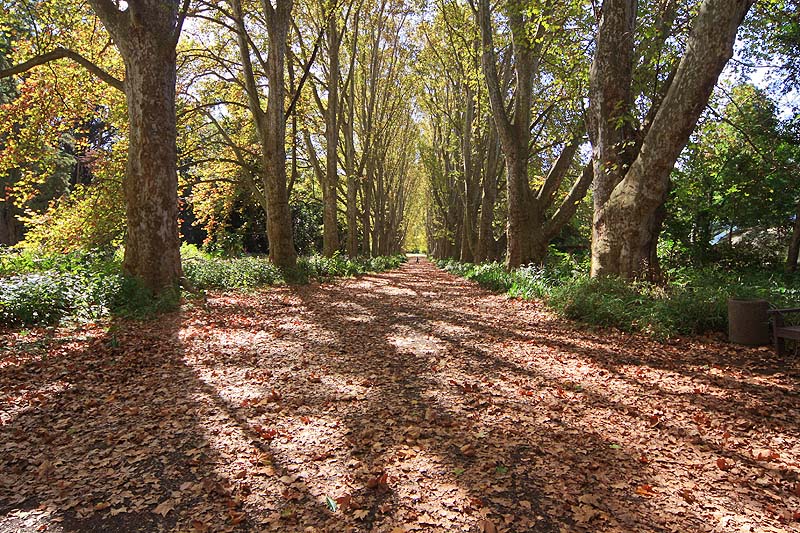 Pietermaritzburg is known as the City of Flowers and the Pietermaritzburg Botanical Gardens definitely shows you why. Listed as one of the 10 botanical gardens in South Africa, the Garden which was established in the early 1870s, it is filled with lush vegetation, rare and endangered plants, and the famous long avenue of plane trees. Expect to see plants such as giant figs, swamp cypresses, and camphor trees. There is also a muthi garden of traditional medicinal plants which is displayed around a traditional Zulu hut. 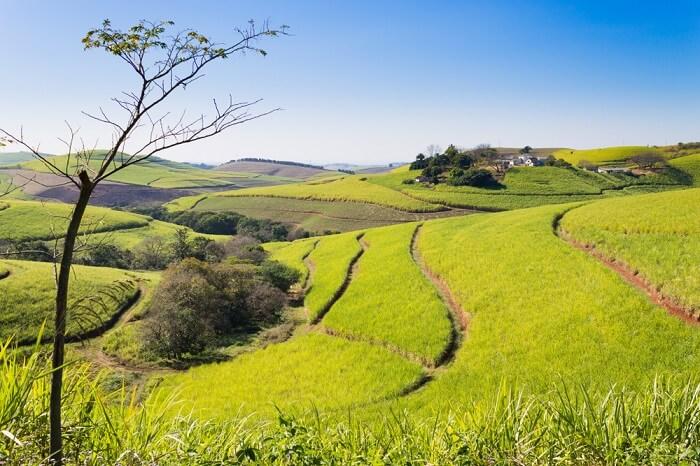 This beautiful gorge between Durban and Pietermaritzburg will have gasping at the beauty of the clear blue skies and lush greenery found in the African continent. The Valley of 1000 Hills is the middle point of the Umgeni and Msunduzi rivers. Besides its natural beauty, the region is known for its complex and deep culture and history. It was once home to many powerful Zulu tribes and villages. The region also boasts some nurseries, cultural villages, stalls and markets, museums, farms, and breweries. 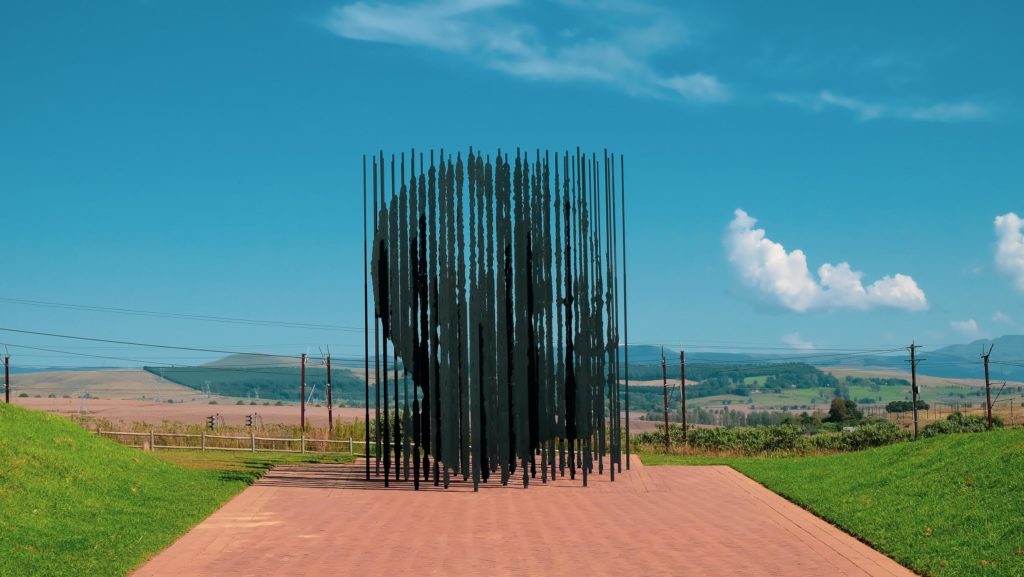 The Nelson Mandela Capture Site is the exact spot in which the former President of South Africa was arrested on 5 August 1962. It was this arrest that ultimately led to his 27-year imprisonment. The capture site has an impressive steel sculpture of Nelson Mandela. 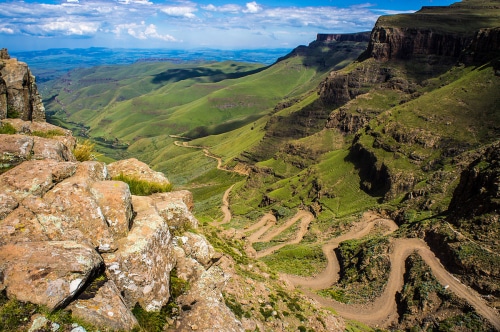 Named after the San people who fled to the area to escape their persecutors, Sani Pass is an 8-kilometer mountain road connecting KwaZulu-Natal and Lesotho. The pass climbs to a high of 2,876 meters. On the pass you will see the Mzimkulwana Nature Reserve and its green-cloaked mountains. Found at the north of the pass is the highest peak in southern Africa, Mount Thabana Ntlenyana, which is 3,482 meters high. 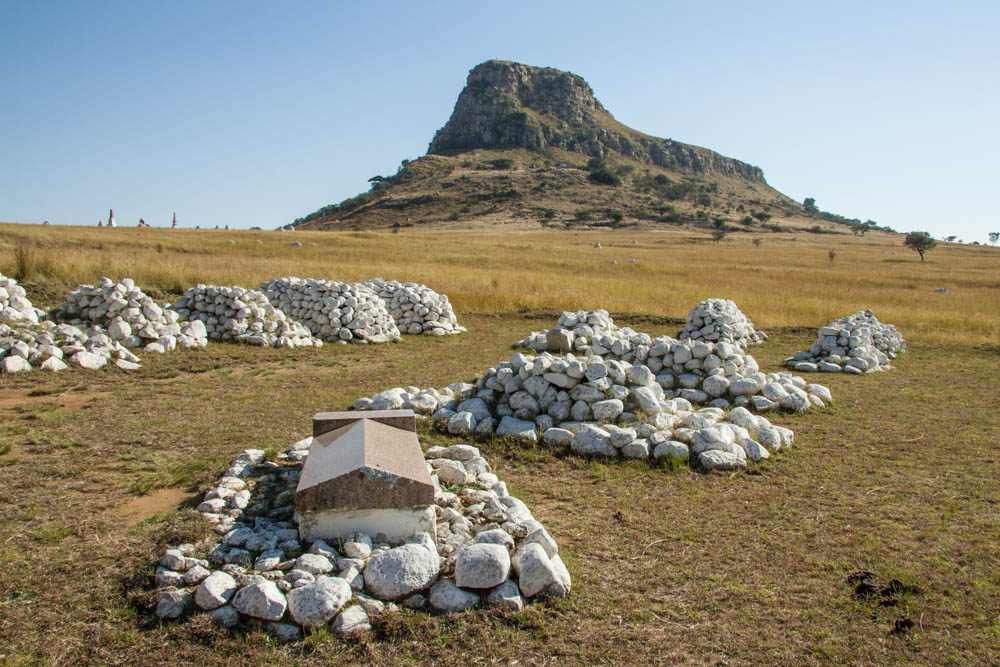 The Battlefields are probably one of the most beautiful parts of South Africa. In the Battlefields, the route has 82 different battlefields, museums, old fortifications, and sites of remembrance. These areas are where some of the most historical battles that shaped South Africa took place. You will be able to trace the battles that involved the likes of battle greats King Shaka, Mahatma Gandhi, Winston Churchill, and General Louis Botha. The route also includes wildlife, nature parks, Zulu culture and heritage sites, bushman paintings, and the remains of Iron Age Settlements. The largest town on the Battlefields Route is Vryheid which was the place of clashes between the British and Boers, and the British and Zulus 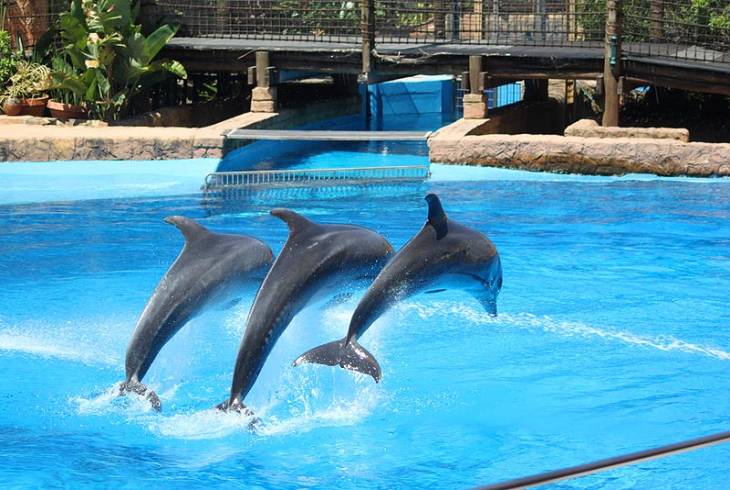 Located at the end of Durban’s Golden Mile is Africa’s largest Marine Theme park, uShaka Marine Theme park. uShaka Marine World is bursting with entertainment for everyone! Get to experience activities such as the dolphin stadium where you will be entertained by dolphins; Bell’s Beach where you can partake in various water sports such as surfing, beach rugby, kite surfing, and paddleboat rides; penguins; a shopping centre; and a wide range of water animals in its world-class salt-water aquarium. The biggest highlight is Wet 'n Wild World which features relaxing river rides, high-speed chutes, swimming pools, a roller coaster ride, and other memorable activities 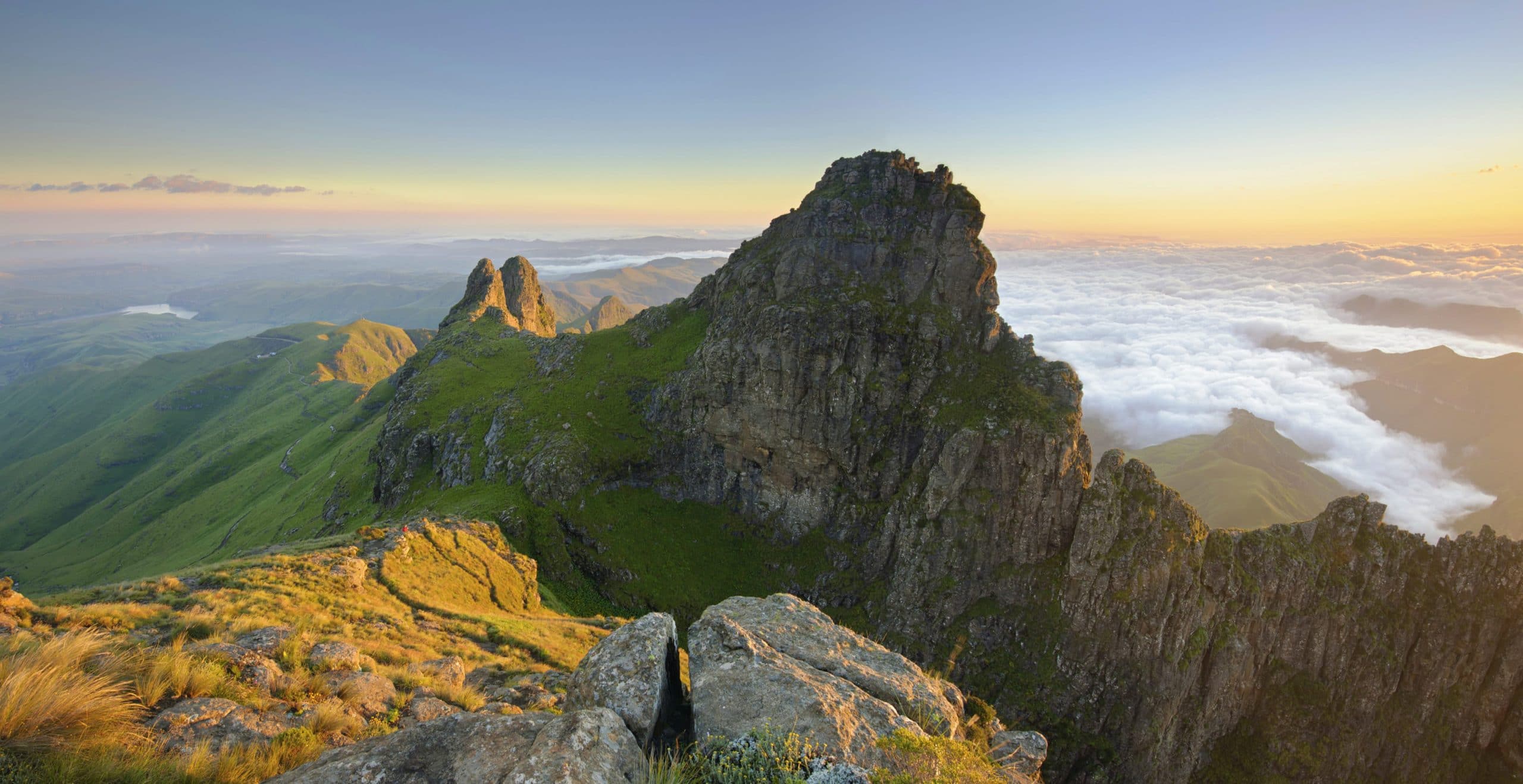 Why Not Enjoy an Amazing Safari Package to KwaZulu Natal, South Africa 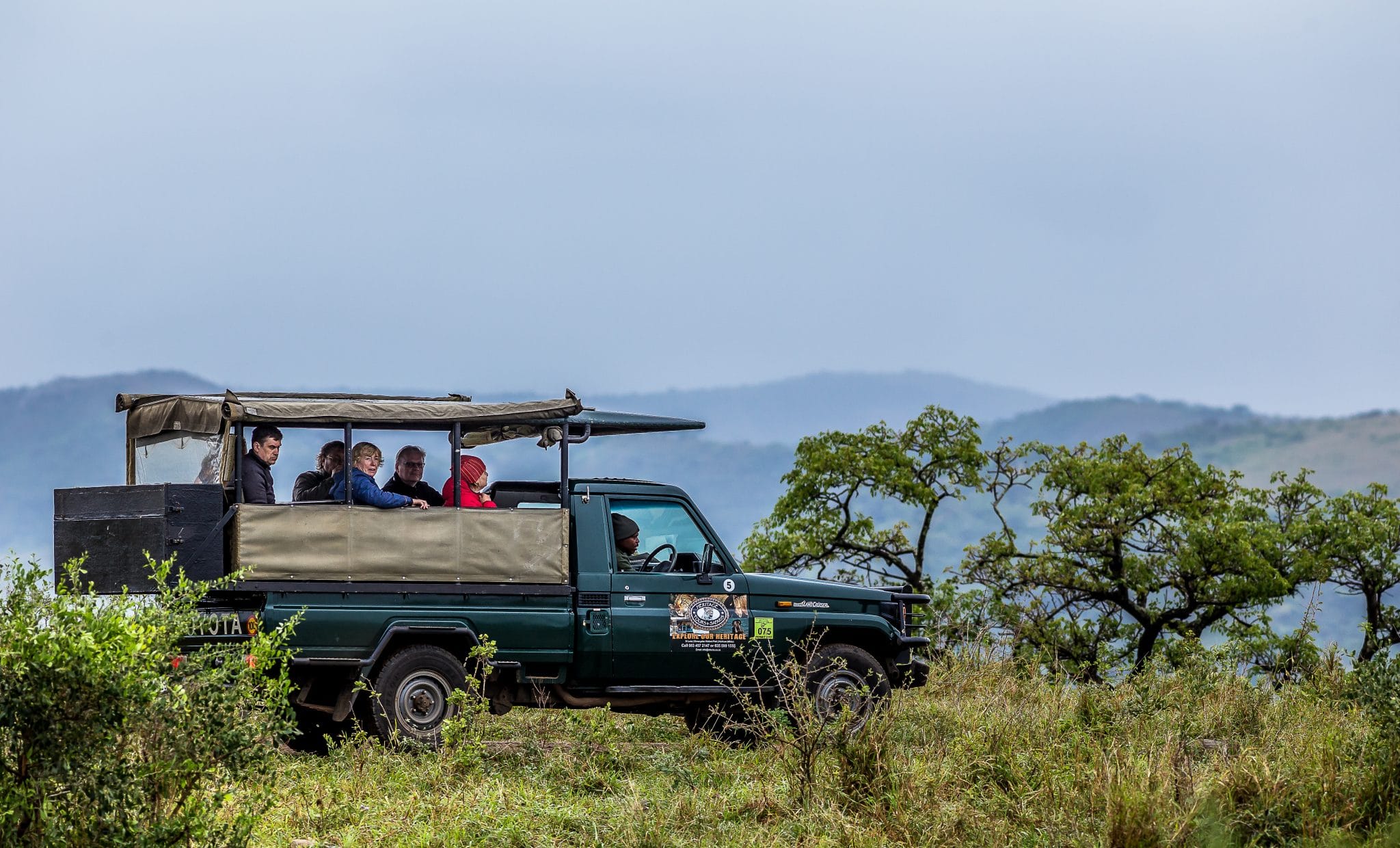 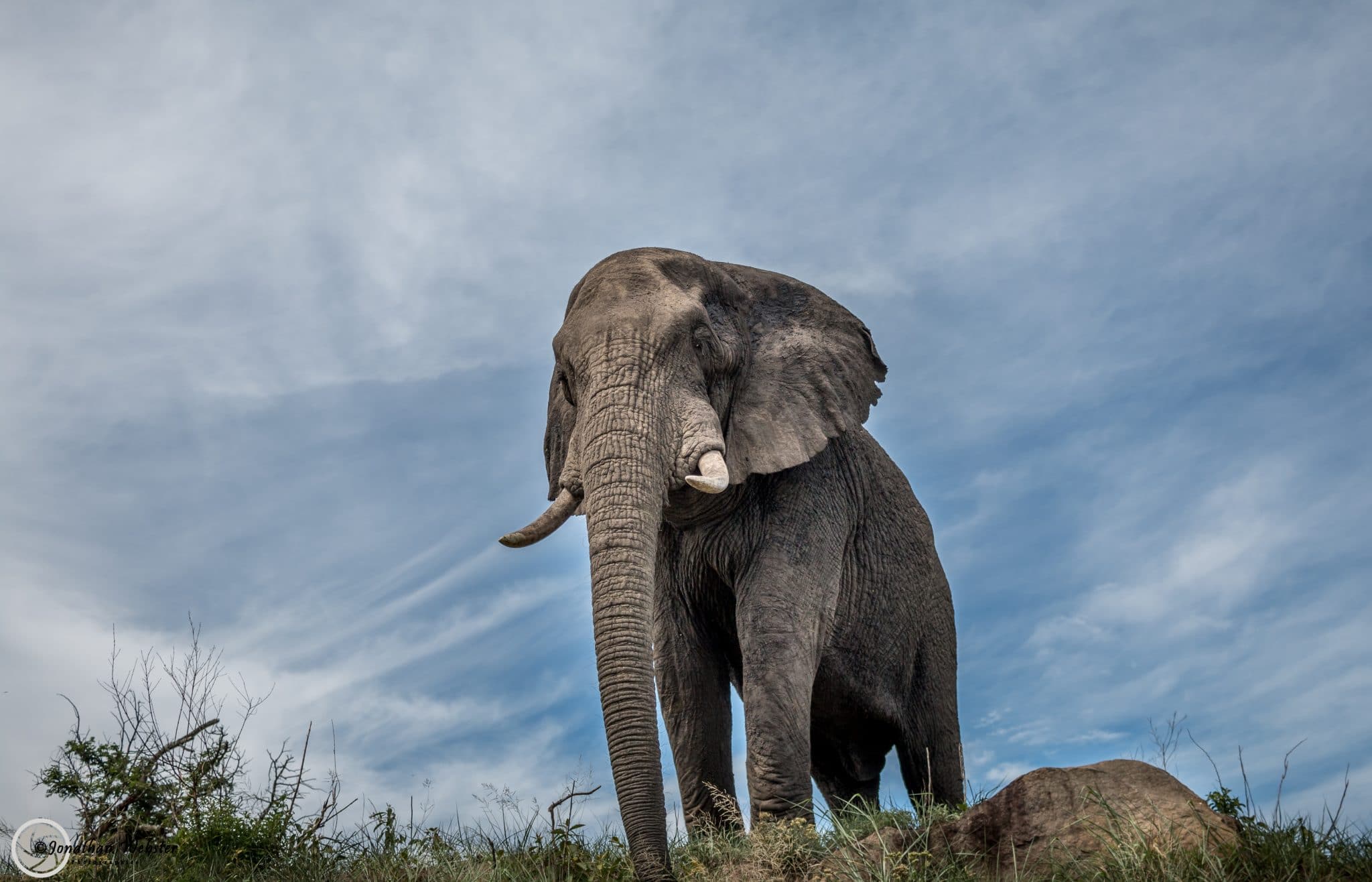